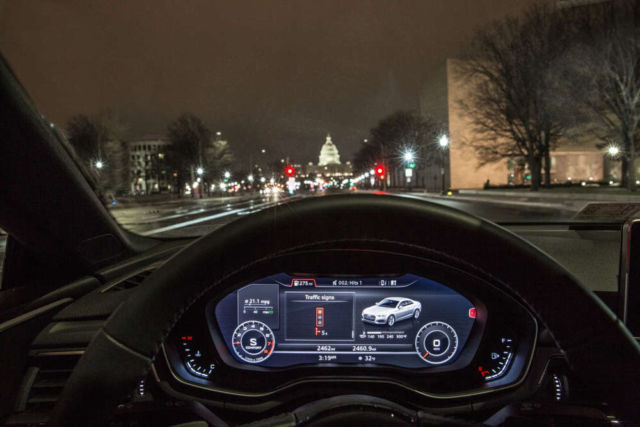 See how Audi‘s technology (TLI) enables the car to communicate with the infrastructure in metropolitan areas across the U.S. It tell a driver how many seconds until a red light will turn green.

“This initiative represents the kind of innovation that is critical for us to advance the traffic safety goals of Vision Zero. We look forward to building on this, and similar partnerships, as we continue to build a safer, stronger, and smarter D.C.”

In 2016, Traffic Light Information was launched in Las Vegas, Nevada. Audi, in collaboration with Traffic Technology Services (TTS), has brought the service to six other cities including areas of Dallas and Houston, Palo Alto and Arcadia, California, Portland, Oregon and Denver. With the addition of Washington, more than 1,600 intersections across the U.S. support Traffic Light Information.