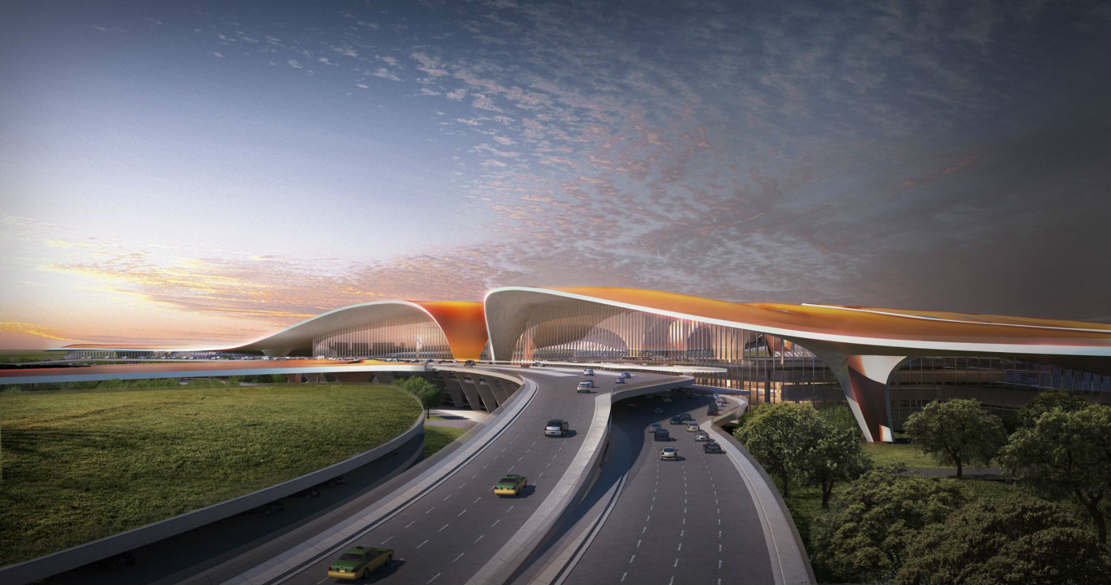 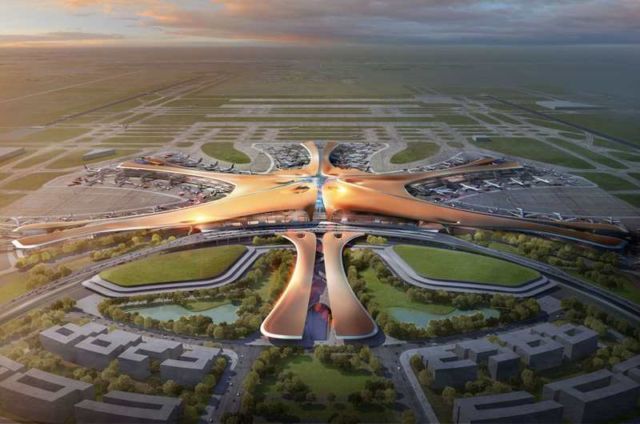 Designed by Zaha Hadid Architects, the Beijing International Airport Terminal 1, will serve 125,000 passengers each daily, is almost double the size of Heathrow Terminal 5.

The new airport in Beijing southern Daxing district with seven runways, will be handling an annual 100 million passengers.

According to the architects team, the new airport will be, “a key hub within Beijing’s growing transport network and a catalyst for the region’s economic development, including the city of Tianjin and Hebei Province.”