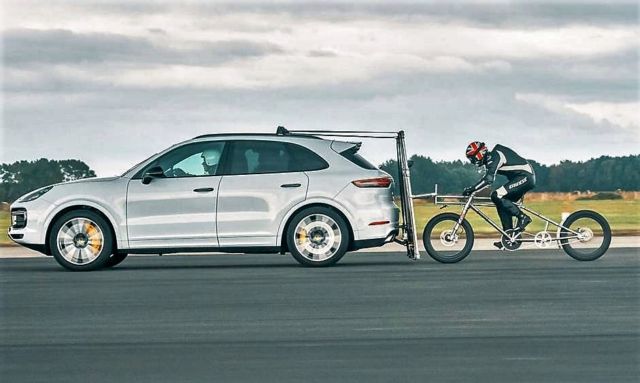 Neil Campbell becomes the fastest European ever on a bicycle and Porsche helps this speed record to be broken.

The record attempt took place at Elvington Airfield in Yorkshire. Forty years after Jean-Claude Rude attempted to set a new speed record behind a Porsche 935 Turbo, Neil Campbell used the slipstream of the Porsche Cayenne Turbo to beat his own record of 135 mph, set in June. 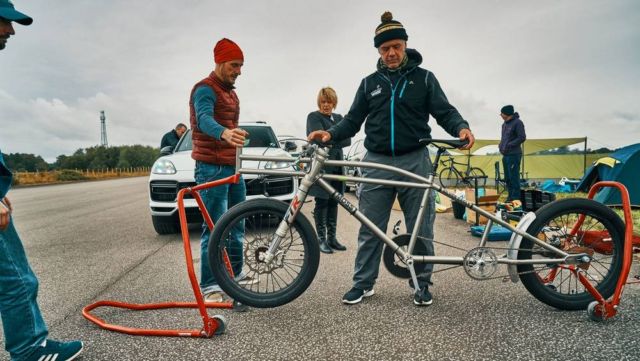 Supported by a loyal team of volunteers, to set the record took stamina and immense strength on Campbell’s part, as well as two specially selected machines. Campbell’s bicycle was created by Cheshire-based Moss Bikes, designed to be incredibly strong and stable at speeds of up to 200 mph. Formed from a mix of carbon fibre and 3D printed parts, it has interchangeable gears, a wheelbase that’s much longer than a conventional bicycle and tyres specially rated for the purpose. 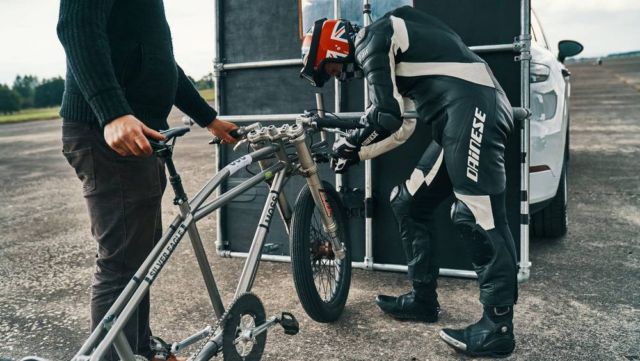 “We’ve got so little space that it was essential that we got up to speed as quickly as possible. The acceleration of the Cayenne was incredible – it was like being strapped to a rocket. I was pedalling throughout, harder and harder, before I released from the car at just over 100 mph and got my head down and gave it all I could. All the time the Cayenne was right ahead of me, clearing the air – it was so stable. I look back on the pictures and think ‘what was I thinking’ but I was focussed I didn’t really take it all in. It’s an incredible feeling – to get 149 mph on such a short runway is beyond anything I expected. We’re within touching distance of the world record. I can’t thank my team and supporters enough for the help and confidence they’ve given me.”