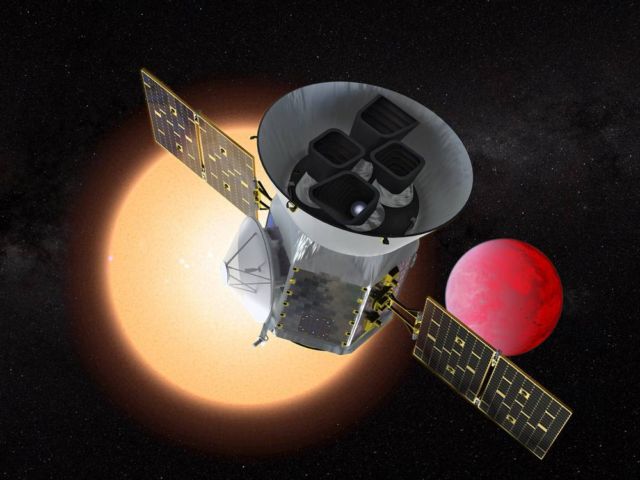 The @ team is excited to announce the mission’s first candidate planet — a super-Earth around the bright star Pi Mensae, nearly 60 light-years away from us. The planet orbits every 6.3 days. The discovery is now being reviewed by other scientists to validate it.

Scientists reported “the detection of a transiting planet around π Mensae (HD\,39091), using data from the Transiting Exoplanet Survey Satellite (TESS). The solar-type host star is unusually bright (V=5.7) and was already known to host a Jovian planet on a highly eccentric, 5.7-year orbit. The newly discovered planet has a size of 2.14± 0.04~R⊕ and an orbital period of 6.27 days.” 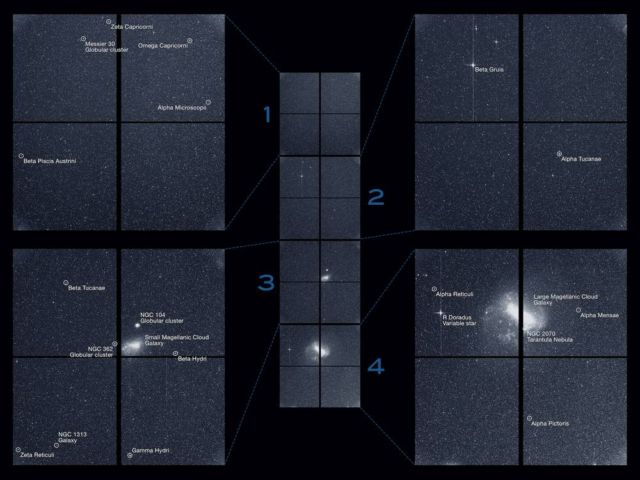 .@NASA_TESS shares its “first light” image. Features in this swath of the southern sky include the Large and Small Magellanic Clouds and a globular cluster called NGC 104: Read More @NASA: https://go.nasa.gov/2NmhsQL

“This swath of the sky’s southern hemisphere includes more than a dozen stars we know have transiting planets based on previous studies from ground observatories,” said George Ricker, TESS principal investigator at the Massachusetts Institute of Technology’s (MIT) Kavli Institute for Astrophysics and Space Research in Cambridge.