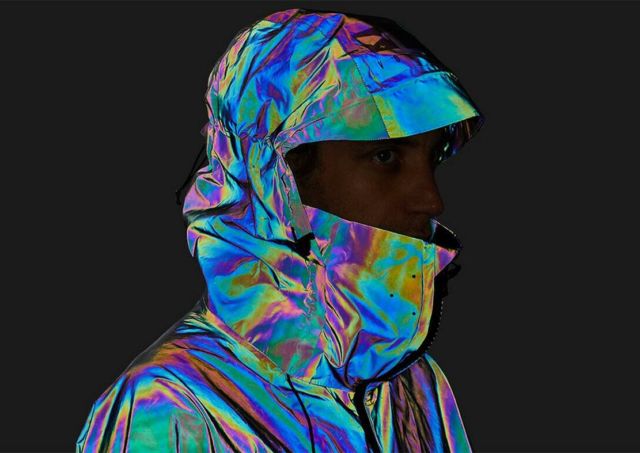 Vollebak created a jacket that mimics survival mechanism of a squid, made of 2 billion tiny glass spheres.

The Black Squid Jacket is a fully waterproof and windproof outer shell that mimics one of nature’s most mesmerising innovations – the adaptive camouflage of the squid. 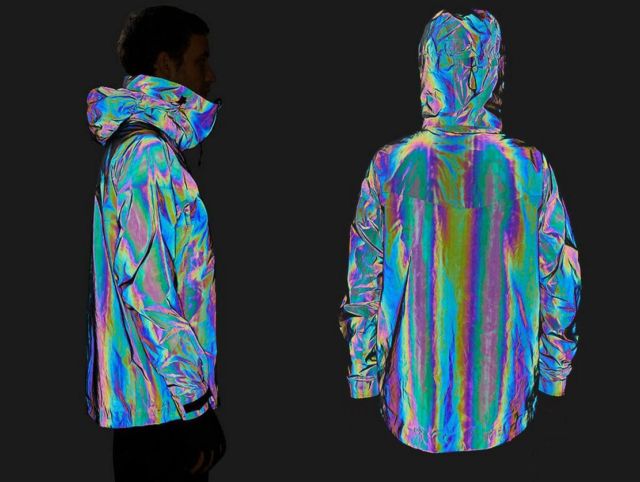 Over the last 500 million years they’ve evolved the ability to change their colour and appearance at high speed and with almost infinite variety to hide, attack, or communicate. 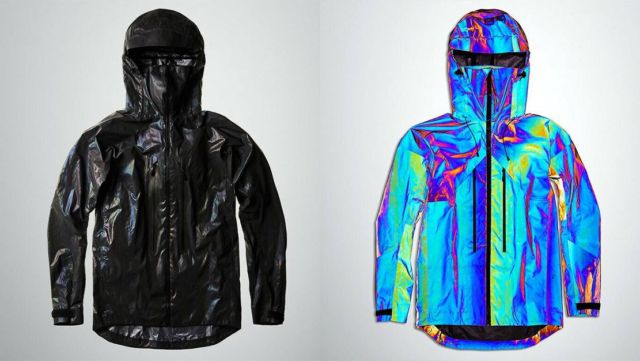 While it looks like metal or oil in dull light conditions, when exposed to bright light it instantly reflects every colour in the visible spectrum. This alien-like power is useful whether you want to be seen on the ski slopes or you’re a 20cm sea creature trying to avoid becoming someone’s dinner. 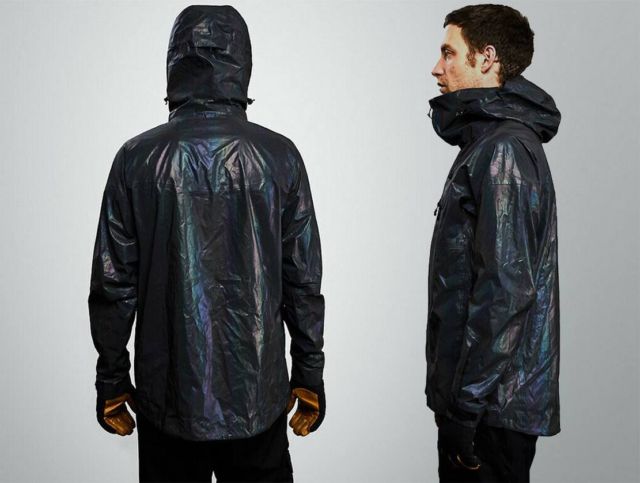 Based on 500 million years of evolution in the deep sea, this colour-shifting jacket mimics one of the most advanced biological materials on earth: squid skin. A complex network of nerves on the surface of every squid acts like an electrical skin to help it change colour and appearance at high speed. It can make itself highly visible by creating astonishing optical illusions in fractions of a second. 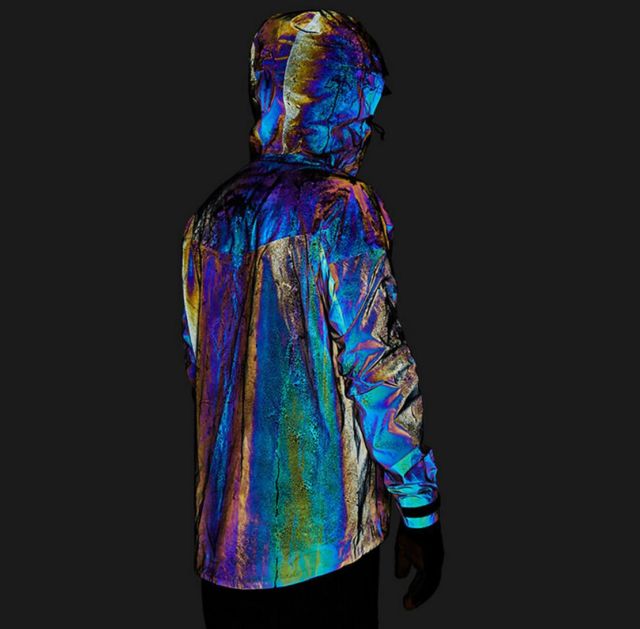 “Or make itself practically invisible by camouflaging to precisely match its surroundings.”

While the squid uses microscopic plate-like structures on the surface of its skin to change colour, our jacket uses disruptively-structured microscopic glass spheres. With over two billion of them embedded in resin on the jacket’s surface, and over 40,000 in every single square centimetre, they’re invisible to the naked eye. 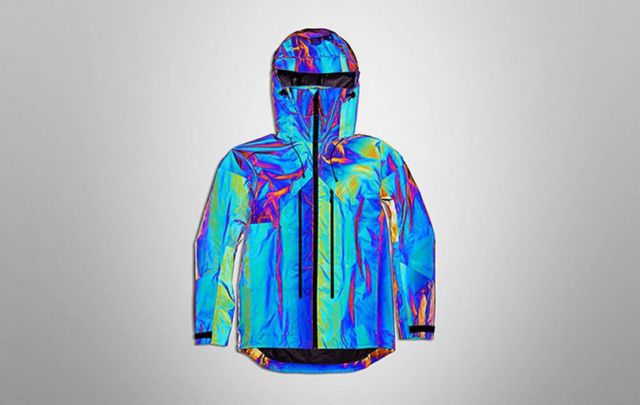 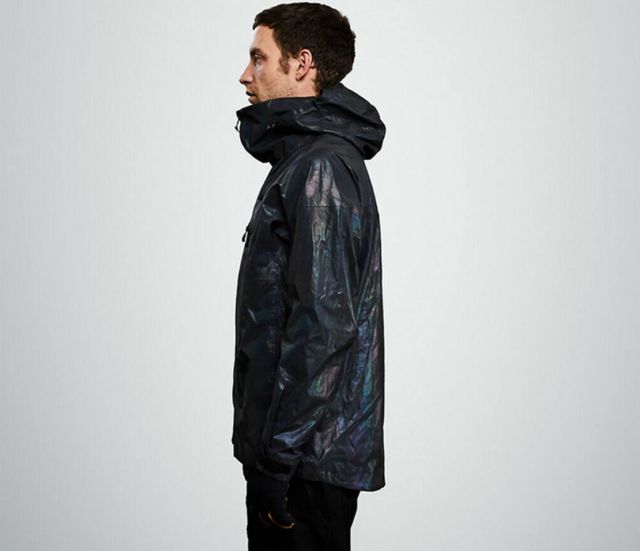