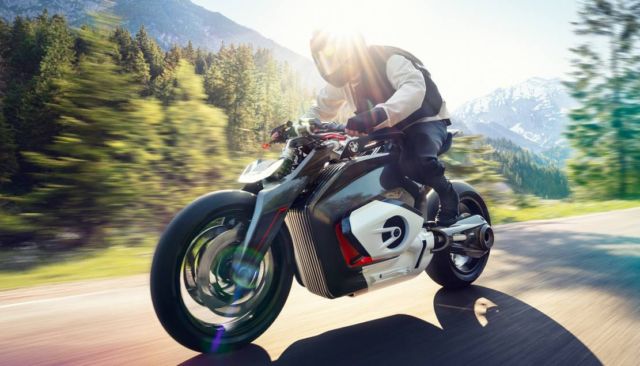 For more than 90 years, the 2-cylinder boxer engine has been a key element of the BMW Motorrad identity, in both technological and visual terms. But as the BMW Group consistently pursues electrification, the question arises as to what a BMW motorcycle might look like that is electrically powered? And how would it reveal itself at first sight to be a BMW? One possible answer to these questions is provided by the BMW Motorrad Vision DC Roadster, a highly emotional naked bike with electric drive. 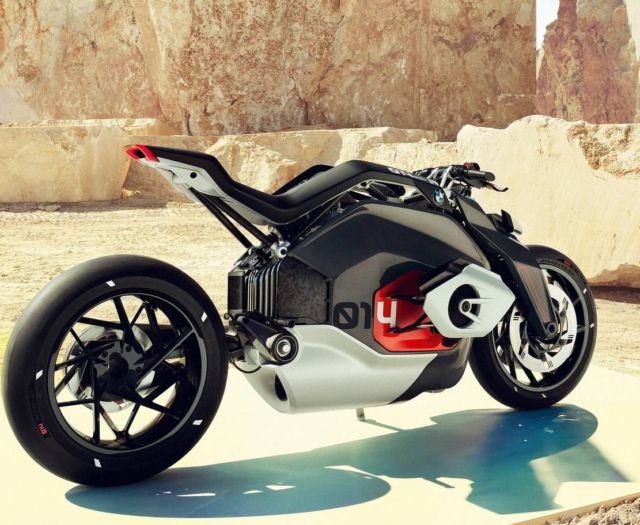 “The boxer engine is the heart of BMW Motorrad – an absolute stalwart of its character. But BMW Motorrad stands for visionary zero-emissions vehicle concepts, too. In view of this, one question that arises is: what would happen if we were to replace the boxer engine with an electric motor and the required battery? The Vision Bike shows how we’re able to retain the identity and iconic appearance of BMW Motorrad in distinctive form while at the same time presenting an exciting new type of riding pleasure,” explains Edgar Heinrich, Head of Design BMW Motorrad. “After all: anyone who’s ever tried it out in practice knows very well that riding on two wheels is just as exciting when its electrically powered! The high level of torque right at set-off makes for breath taking acceleration. This almost brutal power delivery creates a whole new experience of dynamic performance. And the BMW Motorrad Vision DC Roadster puts a face to this experience.” 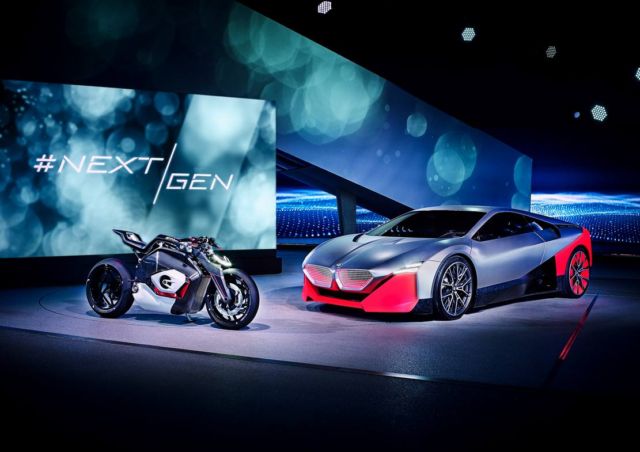 In a motorcycle, the motor is the centrepiece – it is the fundamental element, providing the basis for the entire architecture. But electrical drive components have completely different requirements in terms of installation space. While in a conventional motorbike the size of the engine is mainly determined by its capacity, it is the battery that takes up most space in the case of an electrically powered vehicle. The electric motor itself is relatively compact. Starting from this new basis, the BMW Motorrad Vision DC Roadster is able to make this transfer – retaining the iconic appearance of a boxer while filling it with a new function. This is why the Vision Bike is instantly recognisable as a BMW motorcycle, revealing its electric nature on closer inspection.

Replacing what would previously have been the engine, there is now a vertically fitted, longitudinally oriented battery. For cooling purposes, two side elements protrude with cooling ribs and integrated ventilators. As in the boxer engine of the BMW R 32 – the development of which was masterminded by Max Friz in 1923 – the cooling elements are placed in the air stream. The cylinder-shaped electric motor is positioned underneath the battery and is directly connected to the universal shaft. The BMW Motorrad Vision DC Roadster thus demonstrates a clever drive architecture that visually echoes the history of BMW Motorrad while at the same time taking it a step further. 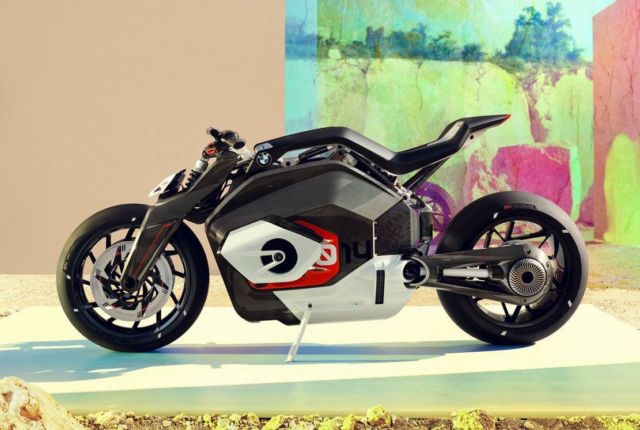 Dynamic performance reflected in the proportions.

In the side view, the BMW Motorrad Vision DC Roadster presents a highly dynamic gesture with clear front-wheel orientation. The low front section and the short, high rear convey a sense of agility. Instead of the fuel tank, a flat, finely-wrought tubular structure spans the vehicle corpus. Its further shaping integrates the seat in a modern form, thereby creating the flyline of a sporty roadster. The frame structure is a key factor in defining the dynamic side view.

The large battery with its laterally protruding cooling systems is positioned at the centre of a frame milled from aluminium. The three-dimensional surface finish on the battery trim conveys a contemporary aesthetic appeal with its precise contours. The cooling elements echo the slight forward tilt of the battery silhouette, giving the side a dynamic momentum. When starting the electric motor, these cooling elements move out slightly, indicating that the bike is ready to go. 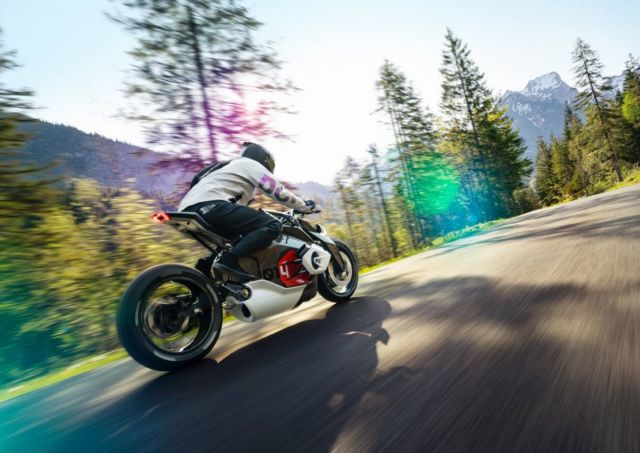 High performance with a light touch.

The overall appearance of the BMW Motorrad Vision DC conveys a sense of lightness so as to emphasise driving dynamics. Elements such as the seat and the cooling system appear to hover around the battery. On the frame itself, lengthwise milled grooves create a fascinating visual effect, reducing the perceived volume and highlighting the bike’s longitudinal dynamics. This impression is further underscored by means of openings in the milled aluminium frame and the tubular frame structure arranged above it. High-tech materials such as carbon fibre and aluminium reduce the overall weight and give the BMW Motorrad Vision DC Roadster a technical aesthetic. Meanwhile, red contrast elements and brushed aluminium at selected points such as the battery, frame and cool systems emphasise the bike’s innovative geometry.

A key element of the BMW Motorrad Vision DC Roadster’s captivating overall appeal is the elaborate finish to be found in all its details. Within the mainly dark colour concept, it is the mechanical elements such as the exposed universal shaft and the Duolever fork that add striking accentuations. In this case, the two classic BMW features are re-interpreted and elaborately showcased. In the same way, the suggested triangular frame echoes a typical feature of earlier BMW motorcycle models, even recapturing its white lines, which in this instance fluoresce in the dark. The minimalist design of the front and rear lights is an iconic implementation of the hallmark BMW Motorrad lighting, reflecting maximum reduction in modern style. The headlamp shows the LED daytime riding light in a dynamic, flat U shape, while two compact LED lenses on each side provide the low and high beam. This creates a hallmark lighting design that makes the concept vehicle instantly recognisable as a BMW motorcycle – both during the day and at night. The rear light consists of two C-shaped LED elements which are integrated in the aluminium rear carrier in minimalist, technically high-quality form. On the flanks of the tires exclusively made by Metzeler for the Vision Bike, five fluorescent elements, each about the size of a postage stamp, are integrated. They combine innovative design with safety aspects: standing and moving, the lighting elements create an exciting graphic effect. In darkness, they increase the visibility from the side and thus providing more security. They also convey dynamics when in motion.

The functional two-piece suit is not instantly recognisable as protective clothing: it is an outfit that primarily stands as a modern, emotional fashion statement. The light jacket with large graphics in iridescent colouring and the casually styled black trousers combine fashion sense with new functionalities. The protectors are sewn in almost invisibly, while integrated technologies enable various light functions as well as the digital connectivity of the future. An asymmetrical rucksack vest rounds off the rider equipment for the vision vehicle. Fixed to the jacket by means of magnets, it provides storage space and additional functionality. The permanent magnets means that the rucksack is quick to put on and take off.

Symbol of a new generation.

The BMW Motorrad Vision DC Roadster is a visionary symbol of the future of BMW Motorrad with alternative drive forms. It showcases the electrically powered driving experience in honest, authentic form, in particular creating a new, distinctive aesthetic appeal that is still firmly rooted in the finest BMW tradition. 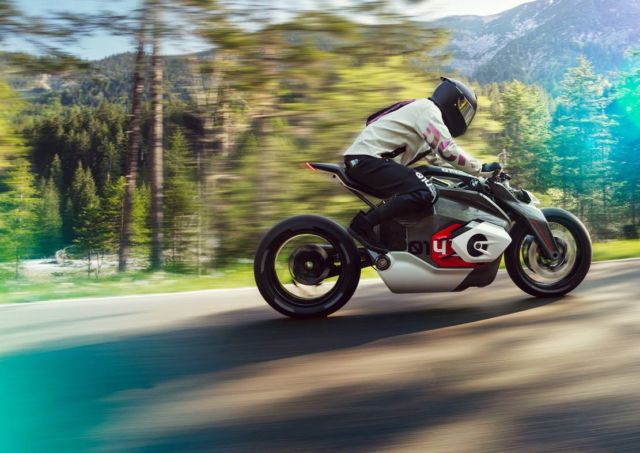 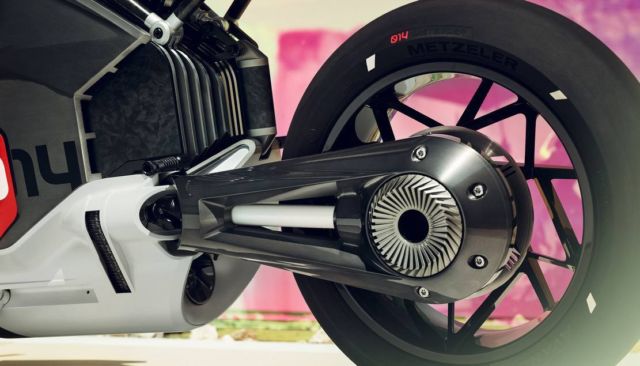 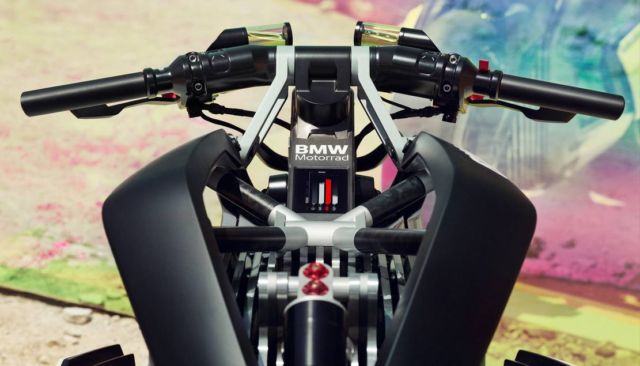 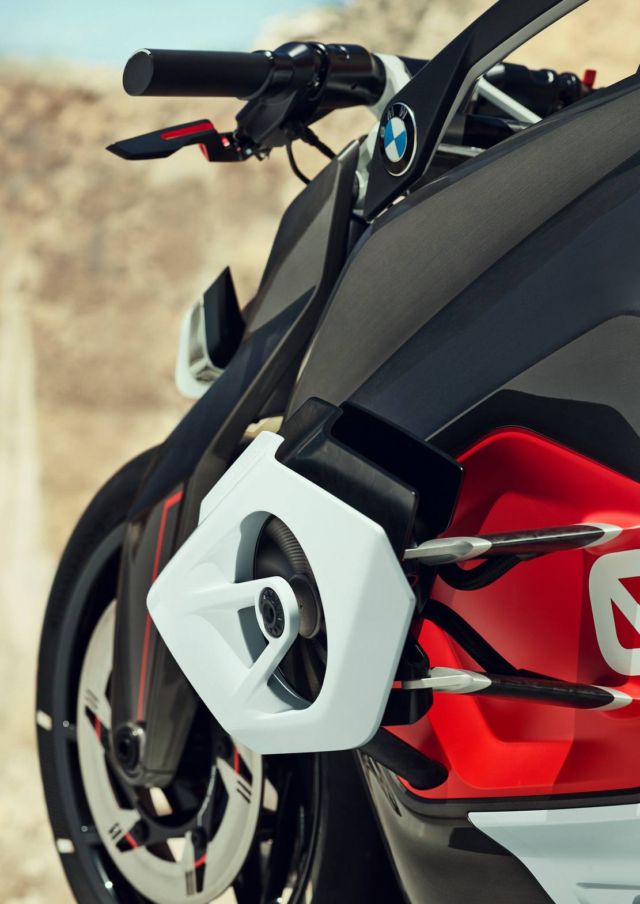 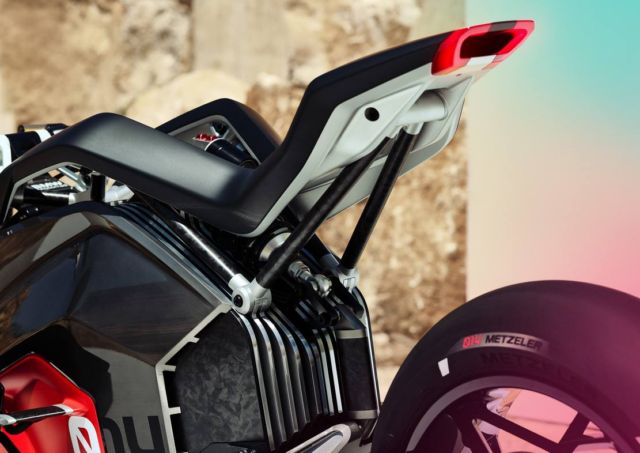 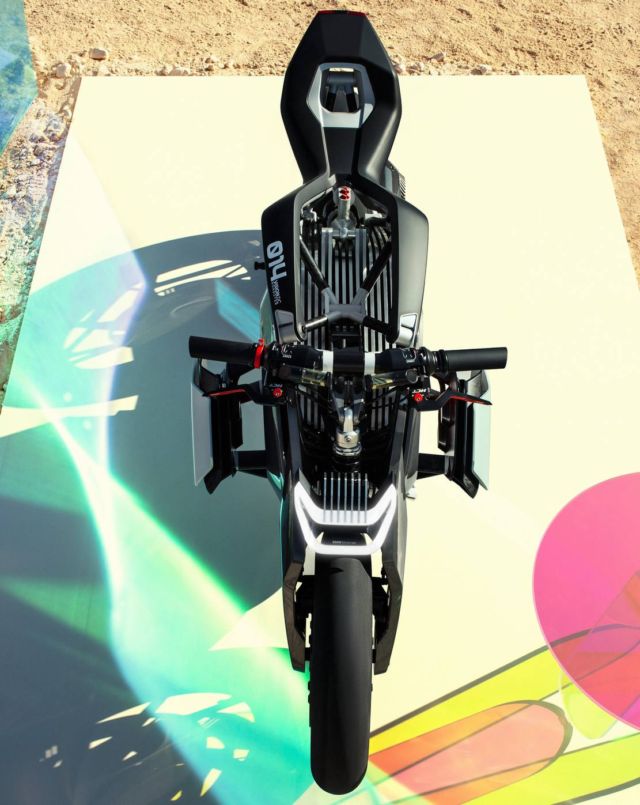