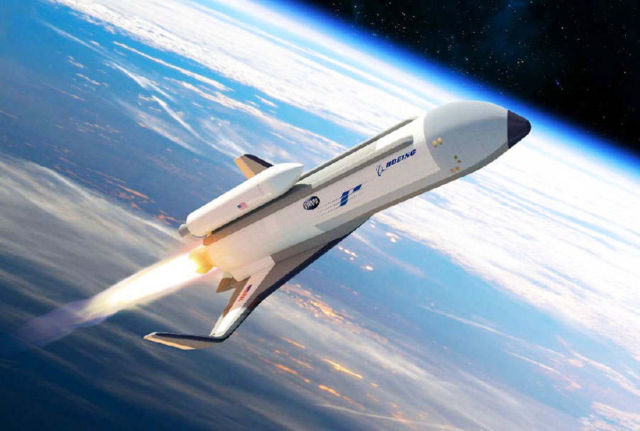 DARPA has selected the Boeing Company to complete advanced design work for the Agency’s Experimental Spaceplane (XS-1) program, which aims to build and fly the first of an entirely new class of hypersonic aircraft that would bolster national security by providing short-notice, low-cost access to space. The program aims to achieve a capability well out of reach today—launches to low Earth orbit in days, as compared to the months or years of preparation currently needed to get a single satellite on orbit. Success will depend upon significant advances in both technical capabilities and ground operations, but would revolutionize the Nation’s ability to recover from a catastrophic loss of military or commercial satellites, upon which the Nation today is critically dependent.

In its pursuit of aircraft-like operability, reliability, and cost-efficiency, DARPA and Boeing are planning to conduct a flight test demonstration of XS-1 technology, flying 10 times in 10 days, initially without an upper stage. If successful, the program could help enable a commercial service in the future that could operate with recurring costs of as little as $5 million or less per launch, including the cost of an expendable upper stage, assuming a recurring flight rate of at least ten flights per year—a small fraction of the cost of launch systems the U.S. military currently uses for similarly sized payloads. (Note that goal is for actual cost, not commercial price, which would be determined in part by market forces.)