Our brain is 10 times more active than previously measured

Our brain is 10 times more active than previously measured 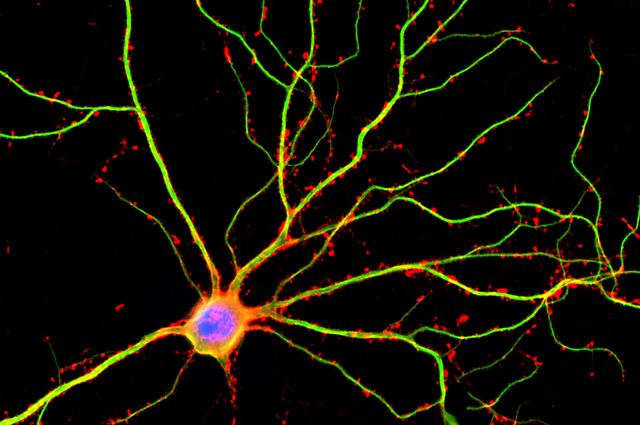 Scientist find that our brain is 10 times more active than previously measured.

A new UCLA study could change scientists’ understanding of how the brain works. This could lead to new approaches for treating neurological disorders and for developing computers that “think” more like humans.

The research focused on the structure and function of dendrites, which are components of neurons, the nerve cells in the brain. Neurons are typically tree-like structures made up of a body, the soma, with numerous branches called dendrites extending outward. Somas generate brief electrical pulses called “spikes” in order to connect and communicate with each other. The spikes activate the dendrites, which passively send currents to other neurons’ soma. This process is the basis for how memories are formed and stored.

“Dendrites make up more than 90 percent of neural tissue. Knowing they are much more active than the soma fundamentally changes the nature of our understanding of how the brain computes information. It may pave the way for understanding and treating neurological disorders, and for developing brain-like computers.”

The video shows a neuron with extensive, branch-like dendrites. The blue trace near the bottom shows the neuron’s cell body firing spikes. The electrodes (golden rods) approach a dendritic branch (red) from the top. The dendrite and electrode are engulfed by protective glial cells (green and blue) that allows the measurement of dendritic spikes (red trace) without harming the dendrite. There are nearly ten times as many dendritic spikes (red) as somatic spikes (blue).

The research is reported in the March 9 issue of the journal Science.