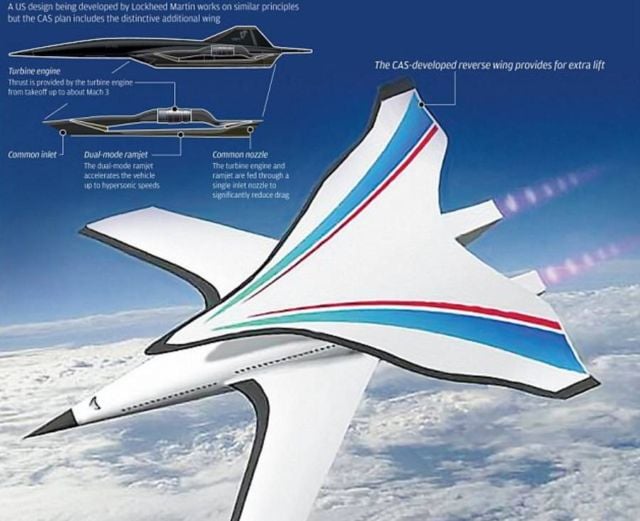 China unveils new ‘hypersonic heavy bomber‘ with two sets of wings, that could fly at 3,700 mph.

The aircraft would travel at hypersonic speeds, five times the speed of sound, meaning it would fly from Beijing to New York in just 2 hours.

The airplane uses the two sets of wings to reduce turbulence and drag.
China could load it with ‘anything from flowers to bombs.’ 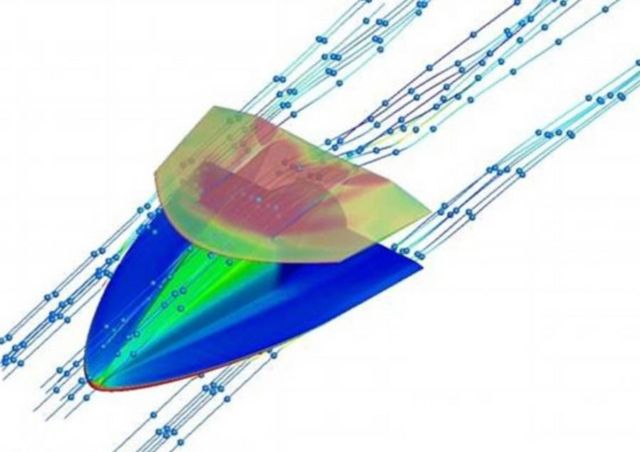 Computer animation of the aircraft showing the design could hit speeds of up to Mach 7.