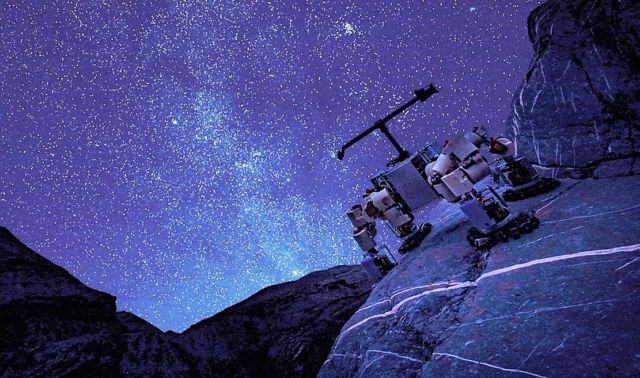 Robots can land on the Moon and drive on Mars, but what about the places they can’t reach? NASA climbing robot scales cliffs and looks for life.

Designed by engineers as NASA’s Jet Propulsion Laboratory in Pasadena, California, a four-limbed robot named LEMUR (Limbed Excursion Mechanical Utility Robot) can scale rock walls, gripping with hundreds of tiny fishhooks in each of its 16 fingers and using artificial intelligence to find its way around obstacles. 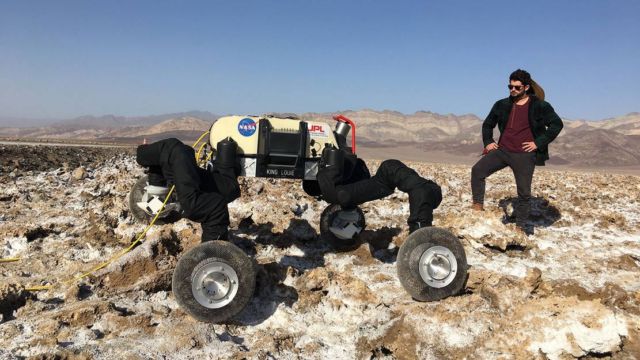 In its last field test in Death Valley, California, in early 2019, LEMUR chose a route up a cliff, scanning the rock for ancient fossils from the sea that once filled the area. The LEMUR project has since concluded, but it helped lead to a new generation of walking, climbing and crawling robots. In future missions to Mars or icy moons, robots with AI and climbing technology derived from LEMUR could discover similar signs of life. Those robots are being developed now, honing technology that may one day be part of future missions to distant worlds. 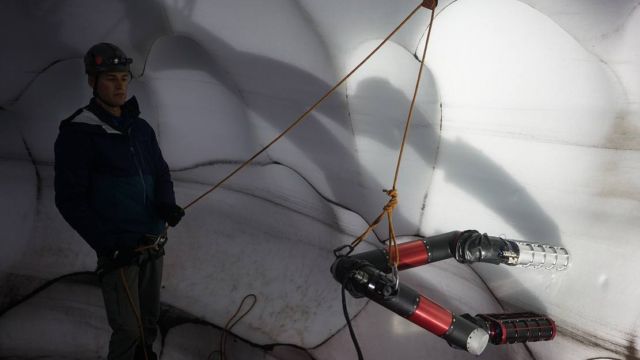