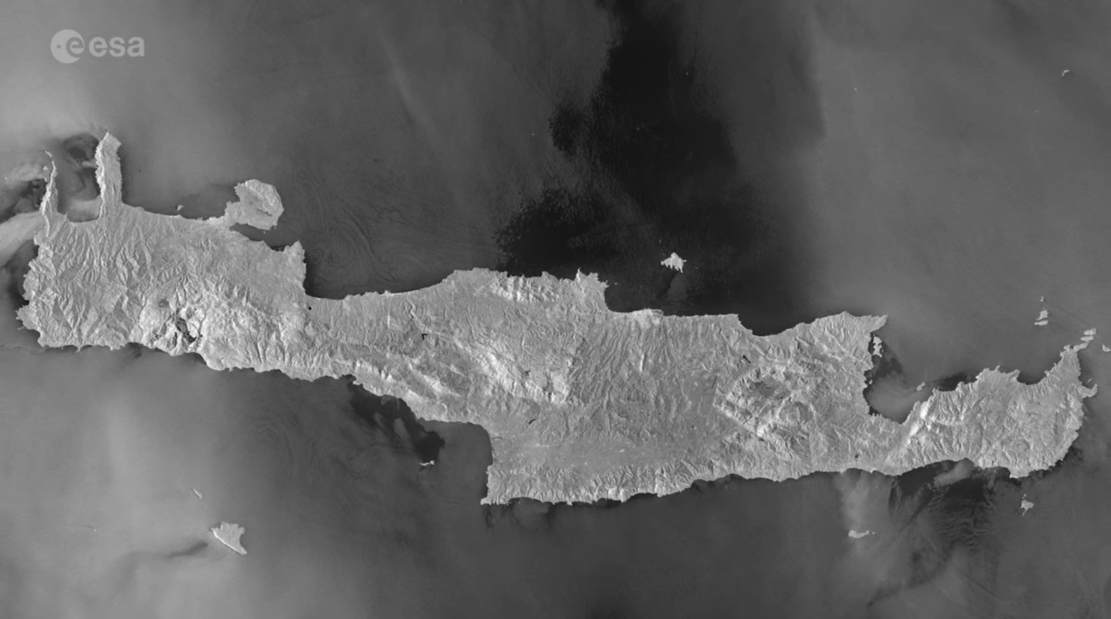 Home/Posts/TECHNOLOGY/Space/Crete island from Space
Previous Next

Crete, Greece’s largest and most populous island, captured by the Copernicus Sentinel-1 mission.

The two identical Copernicus Sentinel-1 satellites carry radar instruments, which can see through clouds and rain, and in the dark, to image Earth’s surface below. The sea surface reflects the radar signal away from the satellite, making water appear dark in the image, while cities on the island are visible in white owing to the strong reflection of the radar signal.

Crete extends for approximately 260 km from west to east, and is approximately 60 km across at its widest point. Crete is known for its rugged terrain and is dominated by a high mountain range crossing from west to east. This includes the Lefká Ori, or ‘White Mountains’ in the west, Mount Ida, Crete’s highest mountain, visible in the centre of the island, and the Díkti Mountains in the east. Crete’s capital and largest city of the island, Heraklion, is located along the northern coastline.