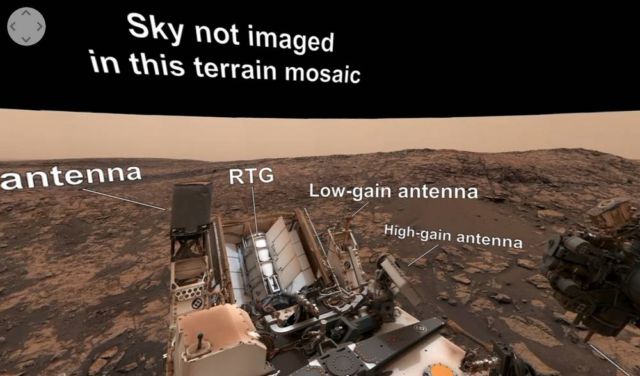 The panorama includes skies darkened by a fading global dust storm and a view from the Mast Camera of the rover itself, revealing a thin layer of dust on Curiosity’s deck.

In the foreground is the rover’s most recent drill target, named “Stoer” after a town in Scotland near where important discoveries about early life on Earth were made in lakebed sediments. 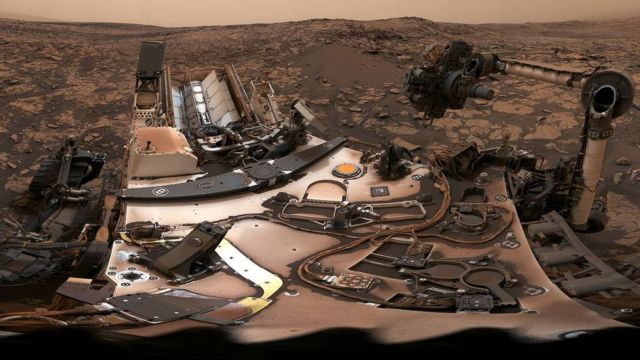 This 360-degree panorama was taken on Aug. 9 by NASA’s Curiosity rover at its location on Vera Rubin Ridge. Image Credit: NASA/JPL-Caltech/MSSS

If your browser does not support 360, a static view of this same panorama image is available at https://go.nasa.gov/2wRvvnd