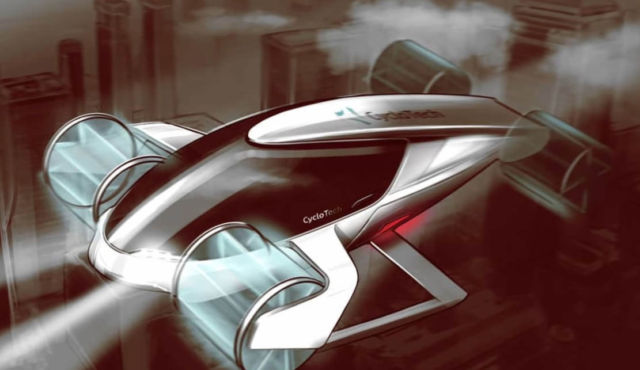 CycloRotor aircraft:  Is this the future of eVTOL electric propulsion system?

In February 1923, Jonathan Edward Caldwell, filed for a patent on a device he called the “cyclogyro”.
It consisted of an airplane fuselage with two paddle-wheel-like attachments in place of the wings. This was only one of many attempts to create a vertical takeoff and landing Cyclocopter aircraft.