Home/Posts/SCIENCES/Astronomy/Gigapixels of Andromeda
Previous Next 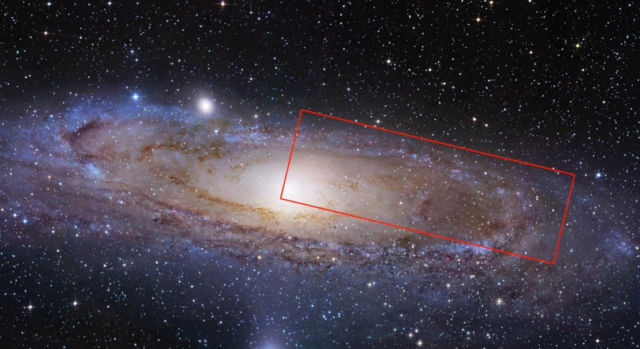 Stunning video.  Hubble’s high-definition panoramic View of the Andromeda Galaxy. Get an idea of what a few hundred billion stars looks like…

The largest NASA Hubble Space Telescope image ever assembled, this sweeping bird’s-eye view of a portion of the Andromeda galaxy (M31) is the sharpest large composite image ever taken of our galactic next-door neighbor.

The point of this video was not to make people feel insignificant. It was to inspire awe for the scale of things that are out of our reach, but more importantly provide context for where we live, hopefully in a way that provokes a deeper appreciation for the things that ARE within our reach here on Spaceship Earth.

Now that YouTube supports 8k60fps videos, this is an updated version of the original, 6 years later, that has over 24 million views.