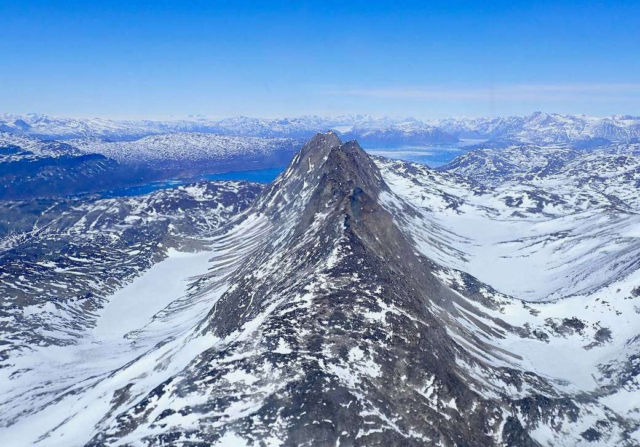 NASA’s Operation IceBridge successfully collected data over several glaciers, research sites, and some parallel coastal grid lines on April 26, 2018, as part of its Spring 2018 campaign. Although the mission was slightly modified, it was one of the longest flights of the campaign, at 8.7 hours.

IceBridge is the largest airborne survey of Earth’s polar ice ever flown. It is yielding unprecedented three-dimensional views of Arctic and Antarctic ice sheets, ice shelves and sea ice. These flights provide a yearly, multi-instrument look at the behavior of the rapidly changing features of the Greenland and Antarctic ice. The mission uses airborne instruments to map Arctic and Antarctic areas once a year. Flights are conducted in March-May over Greenland and in October-November over Antarctica.