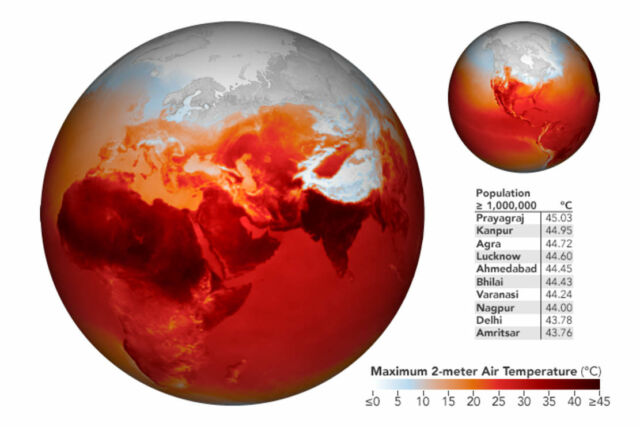 This just happened weeks after the country recorded its hottest March since the country’ meteorological department began keeping records more than 120 years ago.

The map above shows modeled air temperatures on April 27, 2022. It was derived from the Goddard Earth Observing System (GEOS) model, and represents air temperatures at 2 meters (about 6.5 feet) above the ground.