Home/Posts/SCIENCES/Astronomy/Earth-sized ‘pi planet’ with a 3.14-day orbit
Previous Next 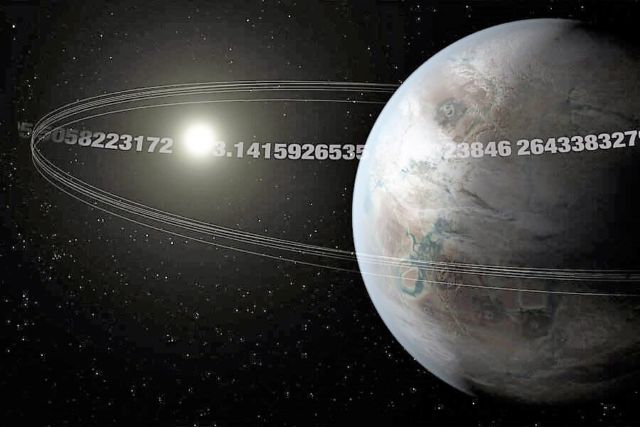 Astronomers at MIT and elsewhere have discovered an Earth-sized exoplanet that zips around its star every 3.14 days.

The rocky world, with its baking-hot surface, is likely not habitable.

In a delightful alignment of astronomy and mathematics, scientists at MIT and elsewhere have discovered a “pi Earth” — an Earth-sized planet that zips around its star every 3.14 days, in an orbit reminiscent of the universal mathematics constant.

The researchers discovered signals of the planet in data taken in 2017 by the NASA Kepler Space Telescope’s K2 mission. By zeroing in on the system earlier this year with SPECULOOS, a network of ground-based telescopes, the team confirmed that the signals were of a planet orbiting its star. And indeed, the planet appears to still be circling its star today, with a pi-like period, every 3.14 days.

“The planet moves like clockwork,” says Prajwal Niraula, a graduate student in MIT’s Department of Earth, Atmospheric and Planetary Sciences (EAPS), who is the lead author of a paper published today in the Astronomical Journal, titled: “π Earth: a 3.14-day Earth-sized Planet from K2’s Kitchen Served Warm by the SPECULOOS Team.”

“Everyone needs a bit of fun these days,” says co-author Julien de Wit, of both the paper title and the discovery of the pi planet itself.