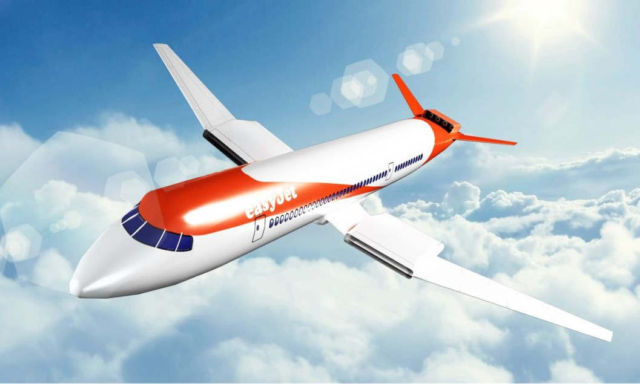 EasyJet’s partner, Wright Electric, progress into next phase of development of its electric aircraft.

EasyJet confirms progress towards its strategy to progressively reduce carbon emissions and noise from its operations.

Partner and US start-up company, Wright Electric, has commenced work on an electric engine that will power a nine seater aircraft. Wright Electric partner Axter Aerospace already has a two seater aircraft flying, and the larger aircraft is expected to start flying in 2019. The prototype propulsion system for the nine-seat aircraft is four times more powerful than the system installed on the two-seat aircraft. Work will commence on an easyJet-sized aircraft by aircraft designer Darold Cummings.

“We know it is important to our customers that we operate sustainably and with the introduction of A320neos, we can already provide a 15% reduction in carbon emissions and 50% less noise footprint, putting us amongst the best-ranking airlines in Europe.

Looking forward, the technological advancements in electric flying are truly exciting and it is moving fast. From the two seater aircraft, which is already flying, to the nine seater which will fly next year, electric flying is becoming a reality and we can now foresee a future that is not exclusively dependent on jet fuel.”