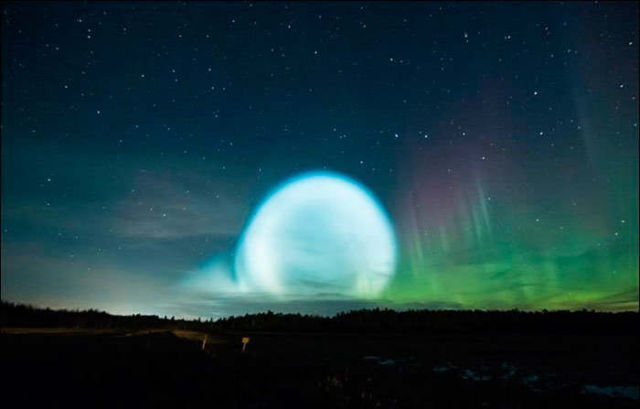 The spherical glowing orbs of light that were spotted in Siberia, have their origins definitely from this world.
According to scientists, fuel from four Russian rockets tested overnight, created this illusion in the sky.

“At first I was taken aback for a few minutes, not understanding what was happening.”

“I went out to smoke a cigarette and thought it was the end of the world. It’s a gap in the space-time continuum.”


Reports of a giant glowing ball lighting the sky over Salekhard, the Yamal peninsula https://t.co/yhhb05mx7Y pic.twitter.com/5Fd2cagPpH