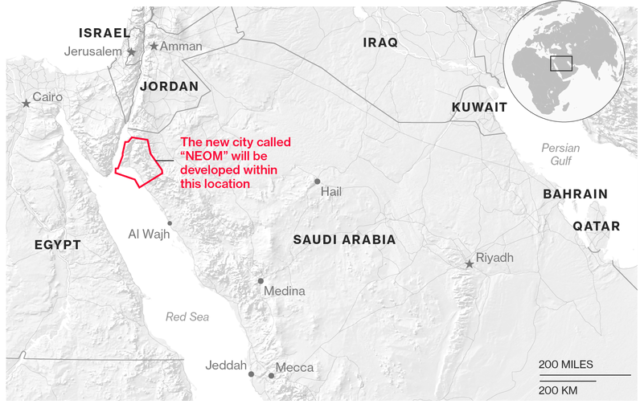 Saudi Arabia expects first section of NEOM to be completed by 2025.

Bin Salman said on at the conference:

“This place is not for conventional people or conventional companies, this will be a place for the dreamers for the world. The strong political will and the desire of a nation. All the success factors are there to create something big in Saudi Arabia.”