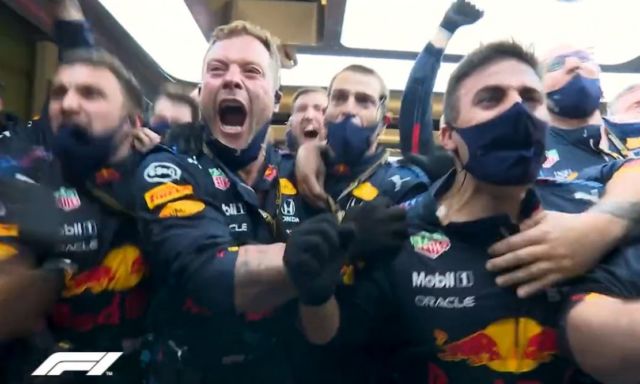 What a finish we had to the 2021 season. Relive the raw emotion of the final, thrilling lap through the eyes of the Red Bull mechanics.

Putting you in the Red Bull Racing Honda garage for the most extraordinary final lap to a Formula 1 Grand Prix you will ever see. Featuring the personnel on the pit wall, the mechanics and more!

After 21 races of wheel-to-wheel action, the Drivers’ Championship was decided on the very last one with Max Verstappen performing a daring last-gasp overtake to snatch the race victory and with it the Drviers’ World Title.