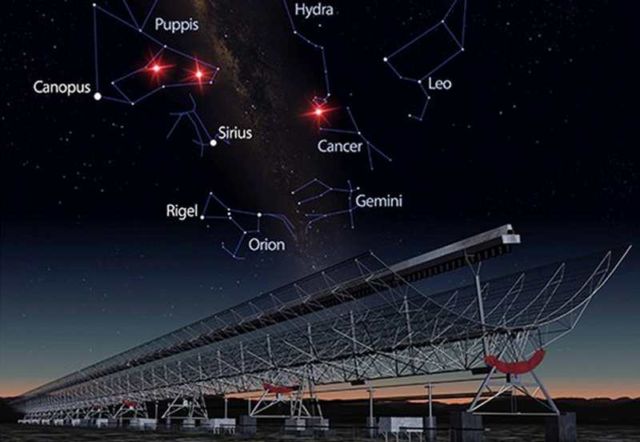 Fast Radio Bursts, like these that appearing in the constellations Puppis and Hydra, present one of modern astronomy’s greatest mysteries

What or who in the Universe is transmitting short bursts of radio energy across the cosmos?

The most bizarre hypothesis about the FRBs came by Harvard scientists, is that the FRBs could actually be alien signals.

“Figuring out where the bursts come from is the key to understanding what makes them. Only one burst has been linked to a specific galaxy. We expect Molonglo will do this for many more bursts.”

From their study over at arXiv:

“We present the ﬁrst interferometric detections of Fast Radio Bursts (FRBs), an enig-
matic new class of astrophysical transient. In a 180-day survey of the Southern sky we
discovered 3 FRBs at 843 MHz with the UTMOST array, as part of commissioning
science during a major ongoing upgrade. The wide ﬁeld of view of UTMOST (≈ 9
deg2) is well suited to FRB searches.” 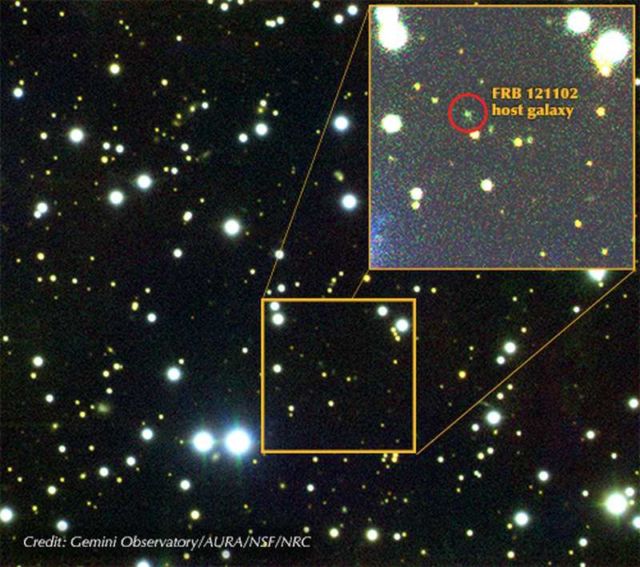 Gemini composite image of the field around FRB 121102, the only repeating FRB discovered so far. Credit Gemini Observatory/AURA/NSF/NRC.