‘Fewest Steps to the Moon’ from Boeing

‘Fewest Steps to the Moon’ from Boeing 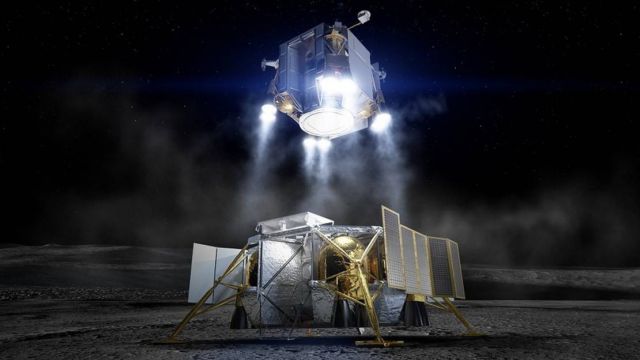 Boeing submitted a proposal to NASA for an integrated Human Lander System (HLS) designed to safely take astronauts to the surface of the moon and return them to lunar orbit as part of the Artemis space exploration program.

The company’s proposal calls for delivering the lander’s Ascent Element and Descent Element to lunar orbit in one rocket launch to ensure it is tailored for maximum capability and crew safety. This approach reduces the complexity and risk of sending multiple segments to orbit on multiple launches, enabling a crewed lunar surface landing with only five mission critical events instead of the 11 or more required by alternate strategies. Boeing’s integrated lander also can carry itself from lunar orbit to the surface without an additional transfer stage or “space tug,” further reducing launches and simplifying the steps to a successful landing.

“Using the lift capability of NASA’s Space Launch System (SLS) Block 1B, we have developed a ‘Fewest Steps to the Moon’ approach that minimizes mission complexity, while offering the safest and most direct path to the lunar surface,” said Jim Chilton, senior vice president of Space and Launch for Boeing Defense, Space & Security. 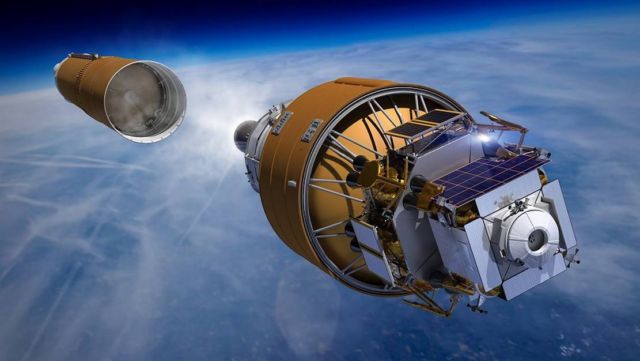 Boeing’s design relies on NASA’s exploration backbone, the SLS rocket currently in production at NASA’s Michoud Assembly Facility (MAF). The SLS has an unmatched lift capability that builds on proven flight components. This approach shortens development time and lowers risk, enabling NASA to safely land on the moon’s surface by 2024.

The lander’s flexible design allows for the fastest path to lunar flights while providing a robust platform that can perform NASA’s full range of exploration missions. It can dock with the Gateway lunar orbiter or directly with NASA’s Orion to eliminate the need for an additional spacecraft, both on time to meet the 2024 mandate.

The design includes innovations in its engines, composites, and automated landing and rendezvous systems. Key technologies are based on the Boeing CST-100 Starliner spacecraft, which will be fully demonstrated and proven during its upcoming Orbital Flight Test to the International Space Station in December 2019.

Boeing partnered with NASA’s Marshall Space Flight Center, Johnson Space Center, and Kennedy Space Center and will collaborate closely with NASA to integrate, certify, and operate this innovative HLS. The company also will provide the critical resources and industry knowledge required to ensure on-time delivery in support of a 2024 lunar landing. Whether serving in NASA’s 2024 or 2025 mission slot, Boeing’s approach maximizes return from agency investments in previous and ongoing programs to allow for the simplest and therefore highest probability path back to the lunar surface.