Firing an Air-Breathing electric Thruster for the first time

Firing an Air-Breathing electric Thruster for the first time 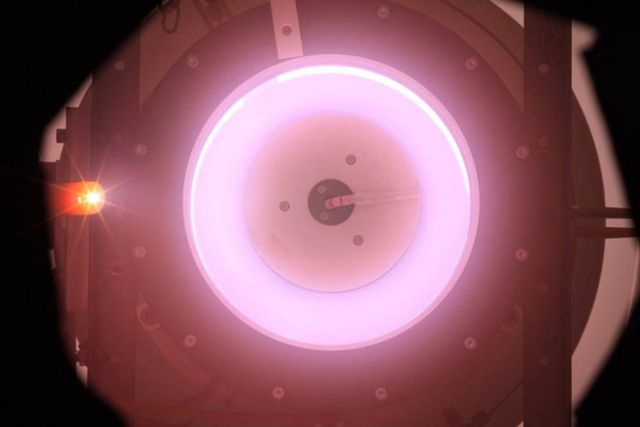 In a world-first, an ESA-led team has built and fired an air-breathing electric thruster.

to ingest scarce air molecules from the top of the atmosphere for propellant, opening the way to satellites flying in very low orbits for years on end.

ESA’s GOCE gravity-mapper flew as low as 250 km for more than five years thanks to an electric thruster that continuously compensated for air drag. However, its working life was limited by the 40 kg of xenon it carried as propellant – once that was exhausted, the mission was over.

Replacing onboard propellant with atmospheric molecules would create a new class of satellites able to operate in very low orbits for long periods.

Air-breathing electric thrusters could also be used at the outer fringes of atmospheres of other planets, drawing on the carbon dioxide of Mars, for instance.

“This project began with a novel design to scoop up air molecules as propellant from the top of Earth’s atmosphere at around 200 km altitude with a typical speed of 7.8 km/s,” explains ESA’s Louis Walpot. 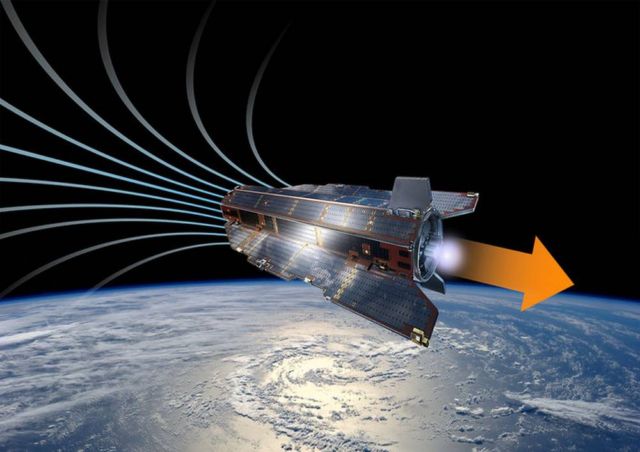 A future air-breathing space mission in low orbit around Earth: propelled at around 7.8 km/s, the satellite would ingest air molecules from the top of the atmosphere (left) to fire its ion thruster (right), providing thrust to overcome atmospheric drag, allowing it to stay in low orbit indefinitely. ESA’s GOCE gravity-mapper flew as low as 250 km for more than five years thanks to an electric thruster that continuously compensated for air drag.  Credit ESA 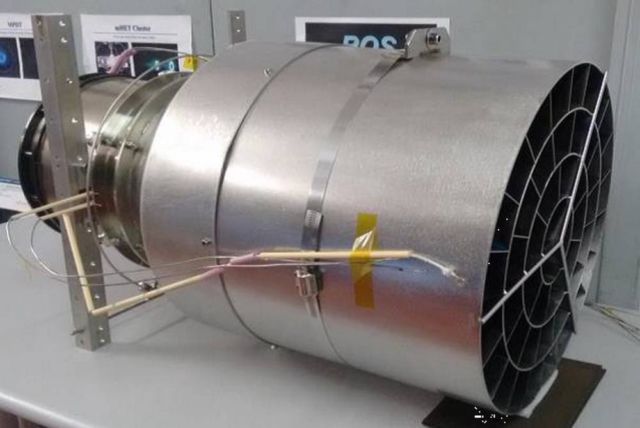 A complete test system for testing the air-breathing ion thruster concept: the intake, seen to the right, collecting air molecules so that instead of simply bouncing away they are collected and compressed.  Credit ESA 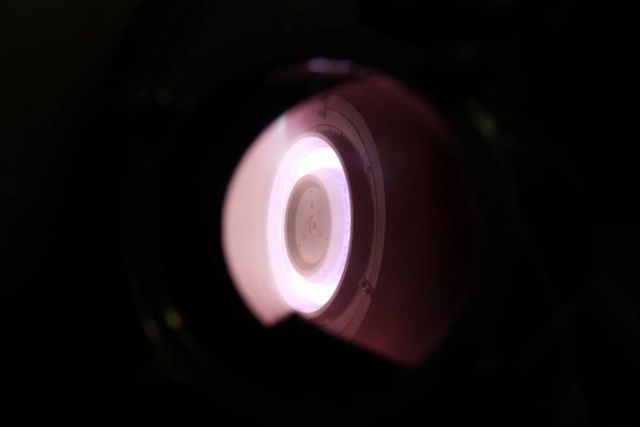