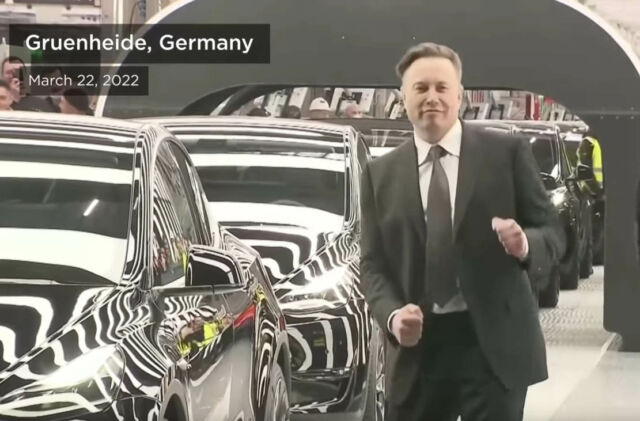 German Tesla delivered the first 30 Model Y cars manufactured at its $5.5 billion Gigafactory at Gruenheide. It is planing to produce 500,000 vehicles per year.

“This is a great day for the factory, another step in the direction of a sustainable future.”

“Excited to hand over the first production cars made by Giga Berlin-Brandenburg tomorrow!”

German Chancellor Olaf Scholz, who also attended the event, lauded the “gigafactory” as the future of the car industry.