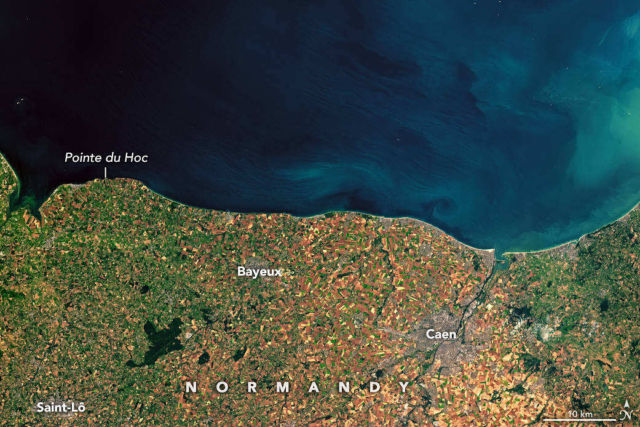 It was the raw courage of the more than 160,000 Allied troops who stormed an 80-kilometer (50-mile) stretch of heavily fortified beaches in Normandy, France, that made victory on D-Day possible.

But without the sound advice of meteorologists and geologists working behind the scenes, one of the most consequential battles in human history could have gone quite differently.

On June 4, 1944, armadas of Allied forces were either amassed in Portsmouth Harbor or steaming toward France. Allied Supreme Commander Dwight Eisenhower had set the early morning of June 5 as the date for the massive amphibious invasion—a date military planners had carefully selected. It was one of just three days in June 1944 when the Moon would be bright enough for paratroopers and pilots to operate effectively and the tides would be low enough for the first landing parties to clear mines, barbed wire, and other defenses on the beaches.

But they also needed relatively clear skies and calm seas. The job of predicting the English Channel’s famously fickle weather fell to teams of meteorologists from the U.S. Army Air Corps, the British Royal Navy, and the British Meteorological Office. At the time, weather forecasting was a young science; there were no satellites, no computer forecast models, and no weather radar.