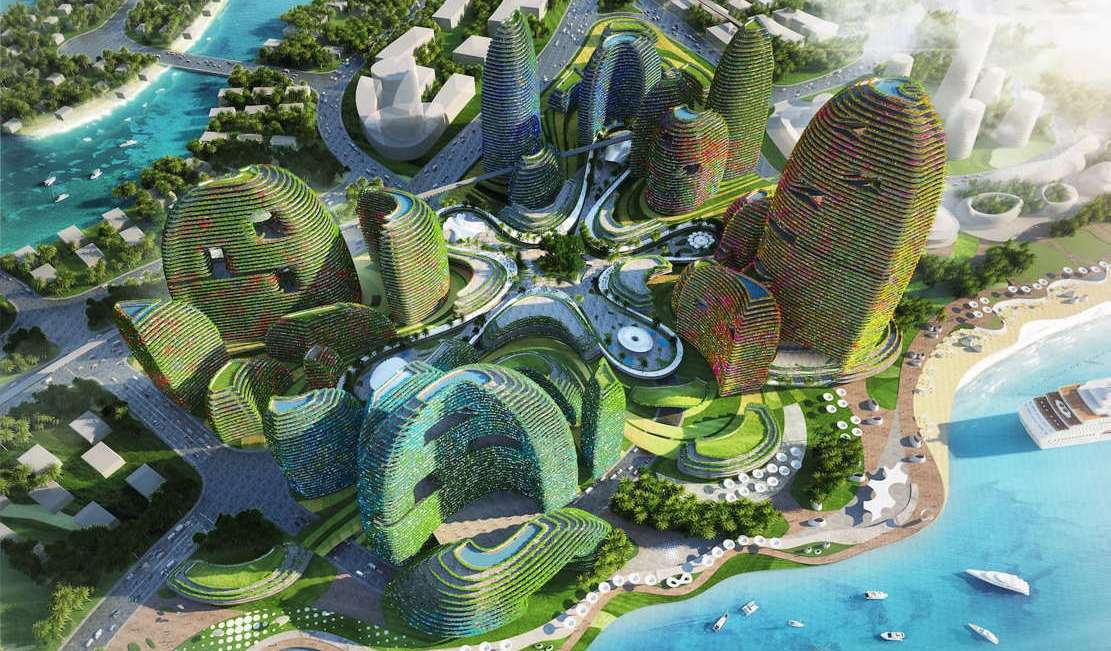 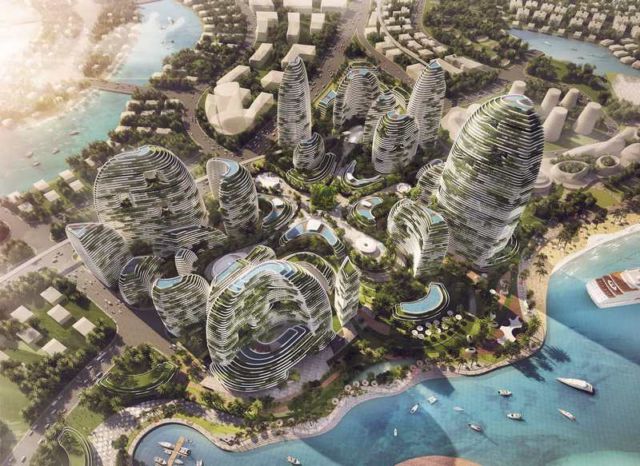 Forest City, a futuristic new city in Malaysia, that runs like a real rainforest.

Forest City designed by Laboratory for Visionary Architecture (LAVA), is 2nd winner in an international competition to design a new city in Malaysia.

A proposed city for 700,000 people, located between Malaysia and Singapore. 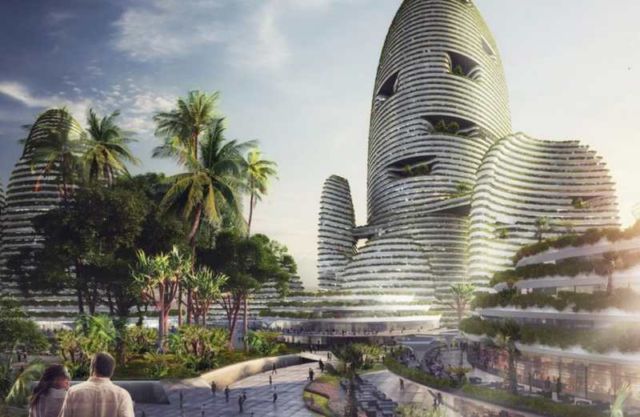 LAVA’s concept sees the city defined not as one iconic building, nor as a skyline, but as a central public space, a real forest. 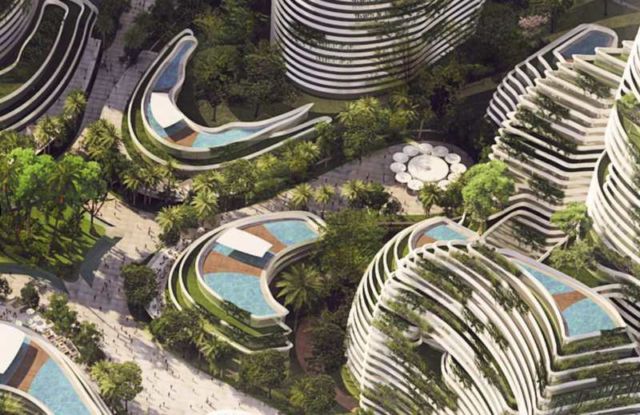 “Skylines across the world look the same – usually a couple of iconic towers in the centre surrounded by lots of lesser quality buildings, which all resemble each other.

Here we have designed an inverse city skyline where the icon of the city is a public space, not an object/building. Our central space is a Rainforest Valley and demonstrates the equation: PEOPLE = CITY. From an object to a place.” 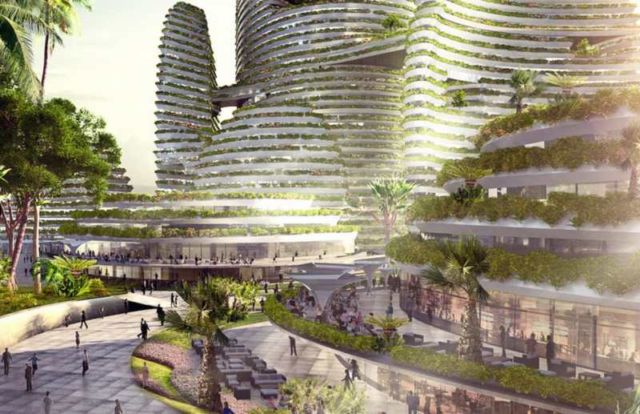 The competition for a 24-hectare site within the development sought designs that improve the efficiency of land use, enhance the quality of space and environment, and include a landmark building embodying the notion of a forest city. 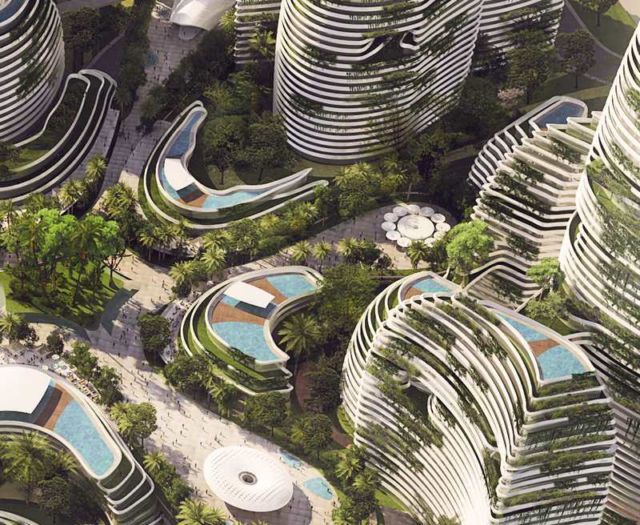