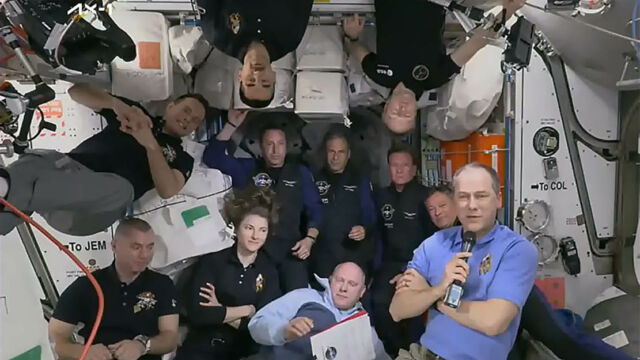 The 11 astronauts aboard the station are (bottom row from left):

Ax-1 docked to the orbital complex at 8:29 a.m. while the spacecraft were flying 260 miles above the central Atlantic Ocean. It is the first mission with an entirely private crew to arrive at the orbiting laboratory.