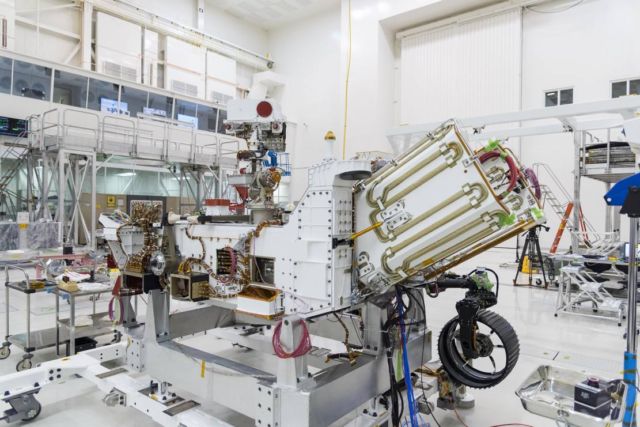 The electricity for NASA’s Mars 2020 rover is provided by a power system called a Multi-Mission Radioisotope Thermoelectric Generator, or MMRTG.

The MMRTG will be inserted into the aft end of the rover between the panels with gold tubing visible at the rear, which are called heat exchangers.

NASA’s Associate Administrator for the Science Mission Directorate, Thomas Zurbuchen, has given the go-ahead to begin fueling the Mars 2020 rover’s Multi-Mission Radioisotope Thermoelectric Generator, or MMRTG. The generator will power the rover and help keep it warm while exploring the Red Planet.

“The progression of the Mars 2020 rover project is on schedule,” said Zurbuchen. “The decision to begin fueling the MMRTG is another important milestone in keeping to our timetable for a July 2020 launch.”

Essentially a nuclear battery, an MMRTG can provide about 110 watts of electrical power to a spacecraft and its science instruments at the beginning of a mission. The excess heat from the generator can also serve to keep spacecraft systems warm in cold environments. In all, 27 past U.S. space missions have used radioisotope power – from the Viking missions on Mars to the Voyager spacecraft entering interplanetary space to, most recently, the Curiosity rover on Mars and the New Horizons spacecraft that sailed past Pluto. 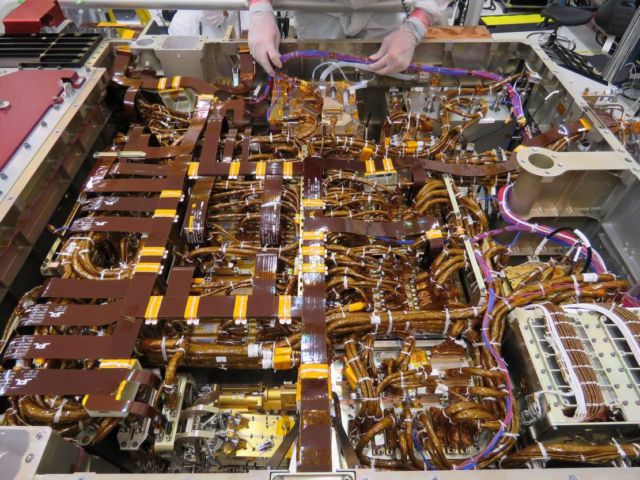 MMRTGs work by converting heat from the natural decay of radioisotope materials into electricity. The generators consist of two major elements: a heat source that contains plutonium-238 (Pu-238) and thermocouples that convert the plutonium’s decay heat energy to electricity. The process of loading the heat source into the MMRTG, which the Department of Energy (DOE) manufactured, is timed to a mission’s launch date. The Mars 2020 fueling process has been initiated thanks to the continued progress constructing the rover and the spacecraft that will get it there.