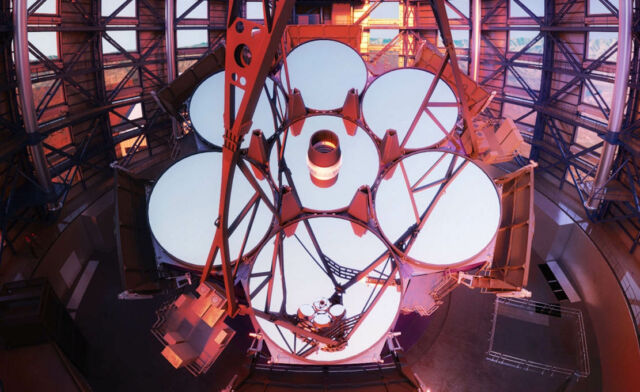 The investment will be used to manufacture the giant 12-story telescope structure at Ingersoll Machine Tools in Illinois, continue progress on the telescope’s seven primary mirrors at the University of Arizona’s Richard F. Caris Mirror Lab, and build one of the most advanced scientific spectrograph instruments in Texas.

The GMT is being funded by an international consortium, including the U.S., Australia, Brazil, South Korea and Chile.

The Giant Magellan Telescope is under construction at Carnegie’s Las Campanas Observatory in Chile and will allow astronomers to see farther into space with more detail than any other optical telescope before. The Giant Magellan Telescope will have 10x the light collecting area and 4x the spatial resolution of James Webb Space Telescope (JWST) and will be up to 200x more powerful than existing research telescopes. 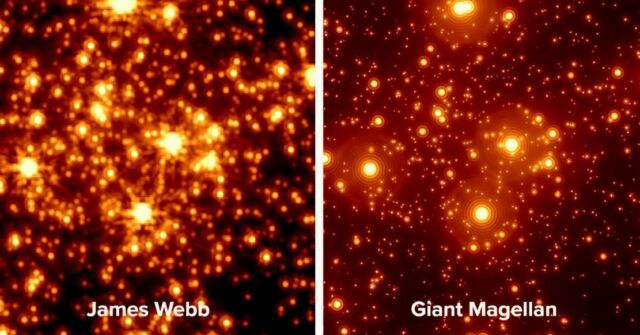 Image quality comparison of a small patch of sky as the James Webb Space Telescope would observe it (left), and a simulation of the Giant Magellan Telescope using adaptive optics to achieve diffraction limited seeing from the ground (right).