Home/Posts/SCIENCES/Astronomy/Glancing Back Jupiter
Previous Next 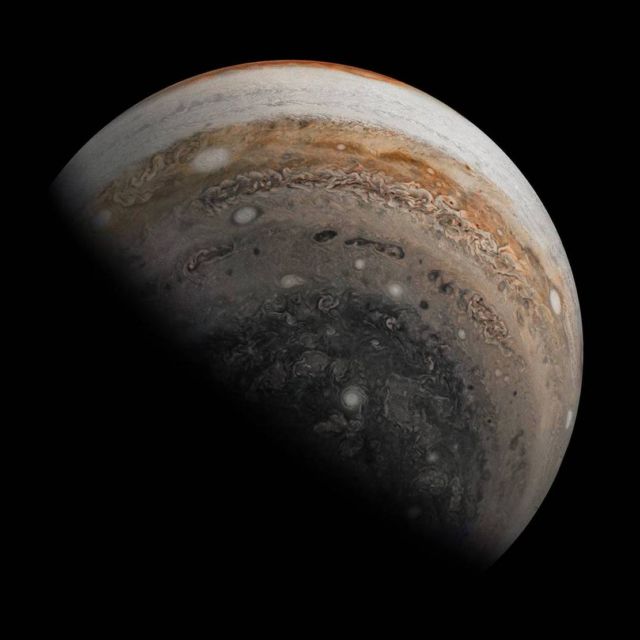 As the spacecraft speed away from the giant planet, pictured the giant cyclones near Jupiter’s south pole, as well as the chaotic clouds of the folded filamentary region — the turbulent area between the orange band and the brownish polar region.

JunoCam’s raw images are available for the public to peruse and process into image products at
https://missionjuno.swri.edu/junocam/processing.