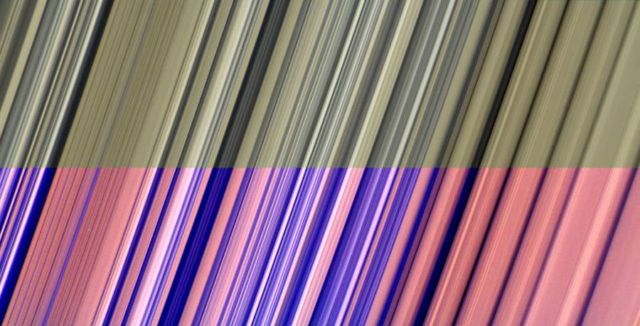 These are the highest-resolution color images of any part of Saturn’s rings, to date, showing a portion of the inner-central part of the planet’s B Ring. 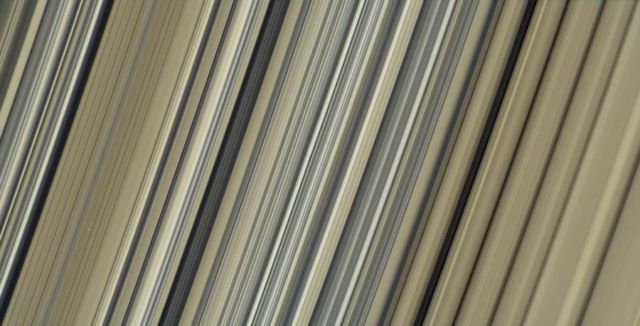 The first image is a natural color composite, created using images taken with red, green and blue spectral filters. The pale tan color is generally not perceptible with the naked eye in telescope views, especially given that Saturn has a similar hue. 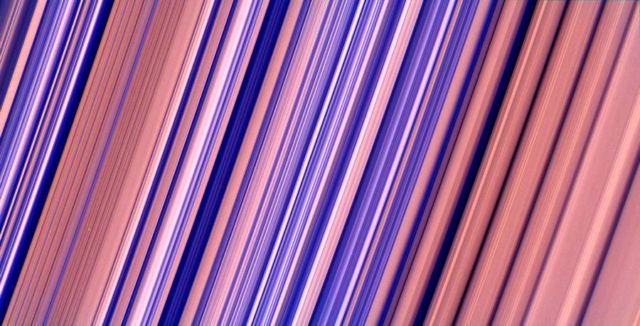 The second image is a color-enhanced version. Blue colors represent areas where the spectrum at visible wavelengths is less reddish (meaning the spectrum is flatter toward red wavelengths), while red colors represent areas that are spectrally redder (meaning the spectrum has a steeper spectrum toward red wavelengths). Observations from the Voyager mission and Cassini’s visual and infrared mapping spectrometer previously showed these color variations at lower resolution, but it was not known that such well-defined color contrasts would be this sharply defined down to the scale (radial scale) of a couple of miles or kilometers, as seen here.