Hologram-controlled sound system in the GTI

Hologram-controlled sound system in the GTI 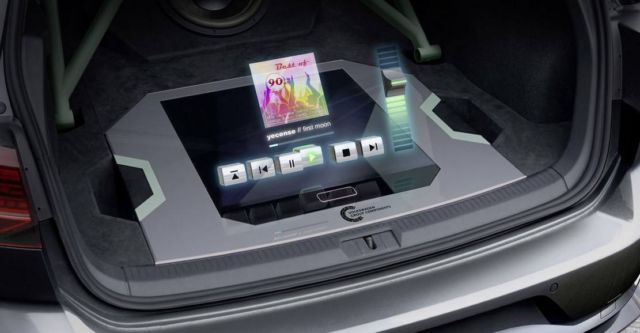 Holographic module in the Volkswagen Golf GTI Aurora control the sound system by means of an intuitively operable hologram.

The Golf GTI Aurora, which Volkswagen is currently showcasing at the GTI meeting on Lake Wörth, seems fast and loud at first glance, but innovative and futuristic at the second. Why? Because the technological highlight of the model only becomes visible when you open the luggage compartment.

A holographic module, which Volkswagen Group Components’ innovation development has been honing for months, is at work here. It is now possible for the high-end sound system of the show car to be controlled via an intuitively operable hologram – a world first, and not just at Lake Wörth. 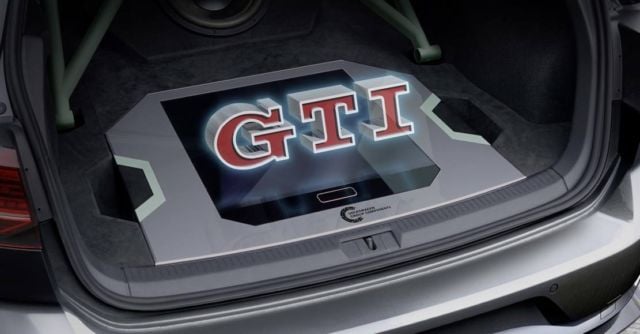 “With this hologram technology, we have succeeded in unifying the real and virtual worlds,” says Thomas Schmall, Chairman of the Board of Management of Volkswagen Group Components. “Almost everyone is familiar with holograms from Hollywood films such as Star Trek and Star Wars – and we are very close to replicating this cinematic reality.” Unlike the three-dimensional experiences we know from the cinema, you do not need 3D glasses, special sensor gloves or joysticks for the Aurora show car. “It is like a mirage that you can clearly see and which we use to deliver a whole new user experience,” Schmall continued. “The hologram floats freely in the air, above the hardware that is integrated into a compact module in the luggage compartment.” 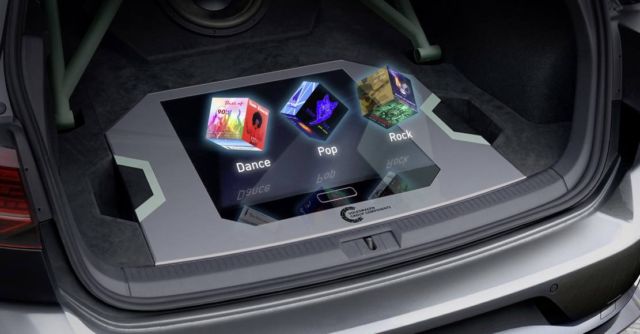 Holography is a technology that captivates every user within seconds of trying it out, because holograms are intuitive to use. After all, people see and live in three dimensions, so they know how to handle the projected 3D control elements. This allows for interactivity that immediately feels natural – you press the start, stop and pause buttons that float freely in the room, select an album from floating, animated playlists in the form of a cube with the tip of your finger, or adjust the volume using a volume control projected into the air. The user intuitively knows how to operate the controls, even if they have never used this hologram technology before.