Home/Posts/SCIENCES/Astronomy/Hottest Exoplanet ever discovered
Previous Next 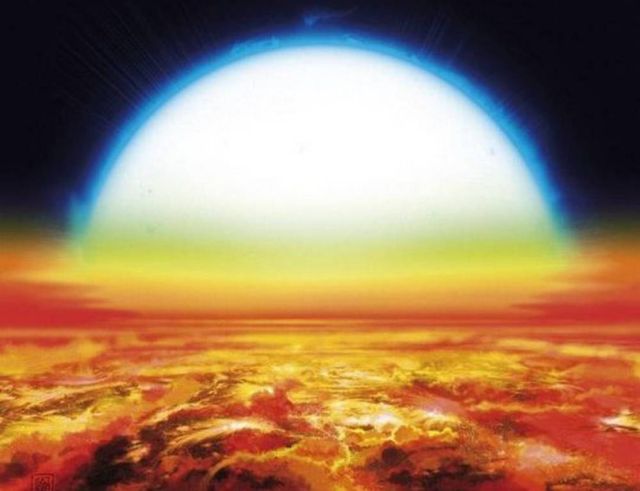 Astronomers discovered the hottest gas giant exoplanet ever, with atmosphere of vaporized titanium.

Exoplanet Kelt-9b is three times the size of Jupiter and only half as dense, is the hottest planet ever found and orbits its star, Kelt, every 36 hours.

Astronomers published their findings about the exoplanet that is 30 times closer to its star than the Earth is to the sun, in the journal Nature.

Kelt-9b is a gas giant 2.8 times more massive than Jupiter, but only half as dense.   Credit: NASA/JPL-Caltech 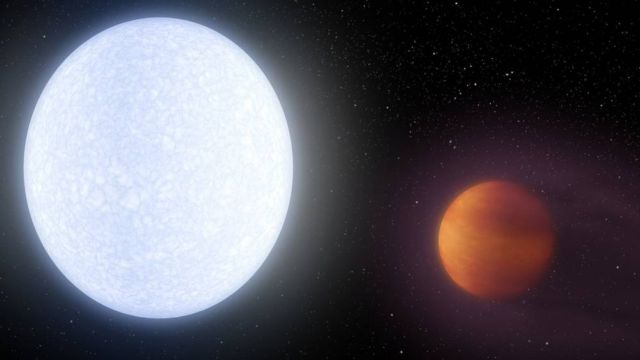