How a piece of a Satellite is Melted

How a piece of a Satellite is Melted 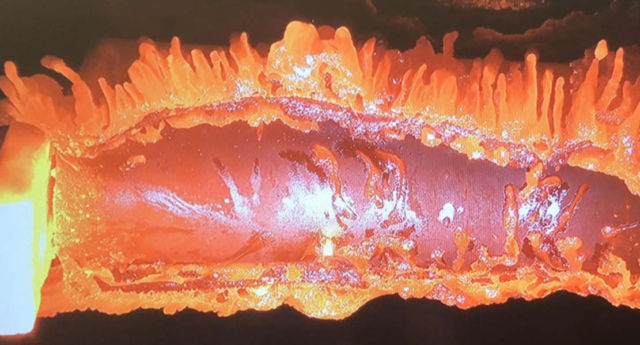 In this video, researchers took one of the heaviest, bulkiest parts of an Earth-orbiting satellite, placed it in a plasma wind tunnel, then proceeded to melt it into vapour.

Their goal was to better understand how satellites burn up during reentry, to minimise the risk of endangering anyone on the ground. Taking place as part of our Clean Space initiative, the fiery testing occurred inside a plasma wind tunnel, reproducing reentry conditions, at the DLR German Aerospace Center’s site in Cologne.

A magnetotorquer – designed to interact magnetically with Earth’s magnetic field to shift satellite orientation – was heated to several thousands of degrees C within the hypersonic plasma.

As part of a larger effort called CleanSat, we are developing technologies and techniques to ensure future low-orbiting satellites are designed according to the concept of ‘D4D’ – design for demise – ensuring they will burn up entirely when they reenter the atmosphere.