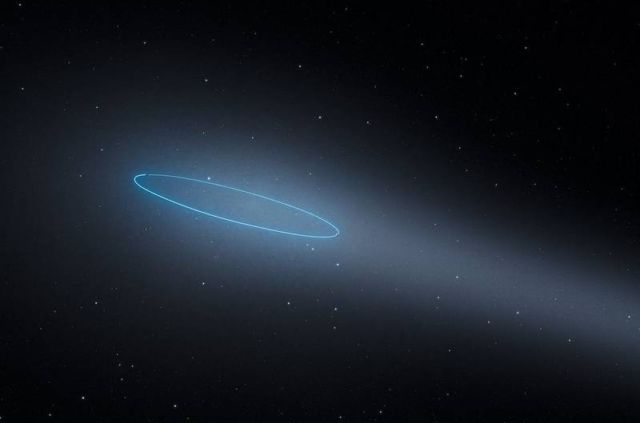 When Hubble had a closer look, it appeared that 288P is not one but two same sized asteroids, that orbit each other about 62 miles apart.

Above, an active binary asteroid, meaning it’s made of two rocks orbiting each other while leaving a trail of gas like a comet.  Credit: ESA/Hubble, L. Calçada

The images of 288P, which is located in the asteroid belt between Mars and Jupiter, revealed that it was actually not a single object, but two asteroids of almost the same mass and size, orbiting each other at a distance of about 100 kilometres. That discovery was in itself an important find; because they orbit each other, the masses of the objects in such systems can be measured. 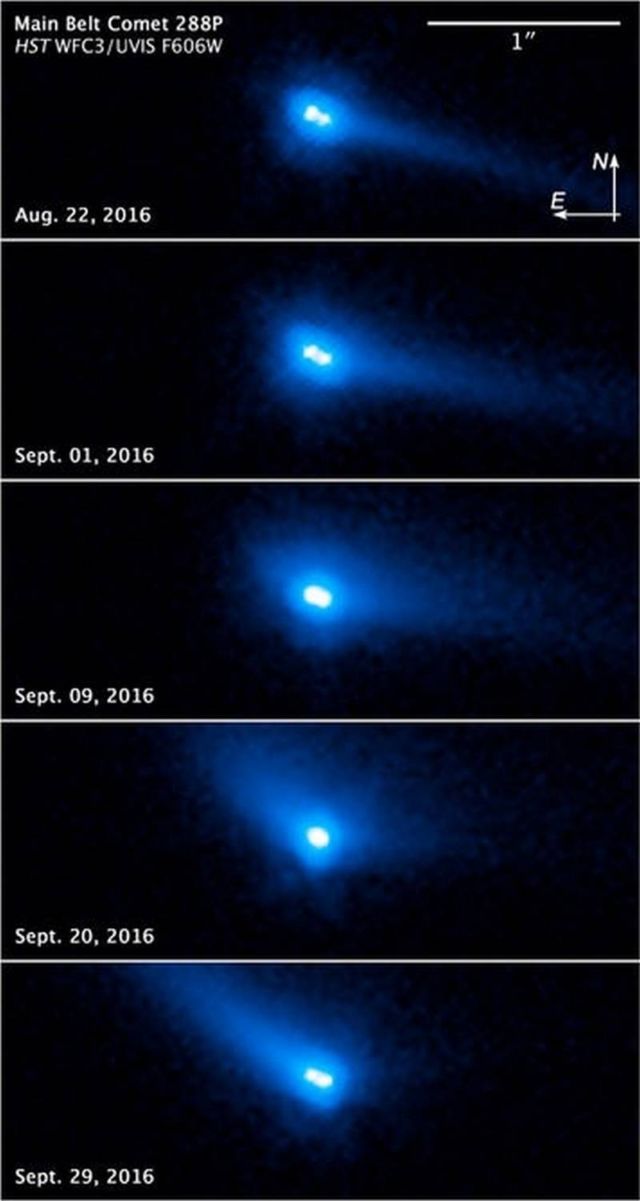 But the observations also revealed ongoing activity in the binary system. “We detected strong indications of the sublimation of water ice due to the increased solar heating — similar to how the tail of a comet is created,” explains Jessica Agarwal (Max Planck Institute for Solar System Research, Germany), the team leader and main author of the research paper. This makes 288P the first known binary asteroid that is also classified as a main-belt comet.

Understanding the origin and evolution of main-belt comets — asteroids orbiting between Mars and Jupiter that show comet-like activity — is a crucial element in our understanding of the formation and evolution of the whole Solar System. Among the questions main-belt comets can help to answer is how water came to Earth. Since only a few objects of this type are known, 288P presents itself as an extremely important system for future studies. 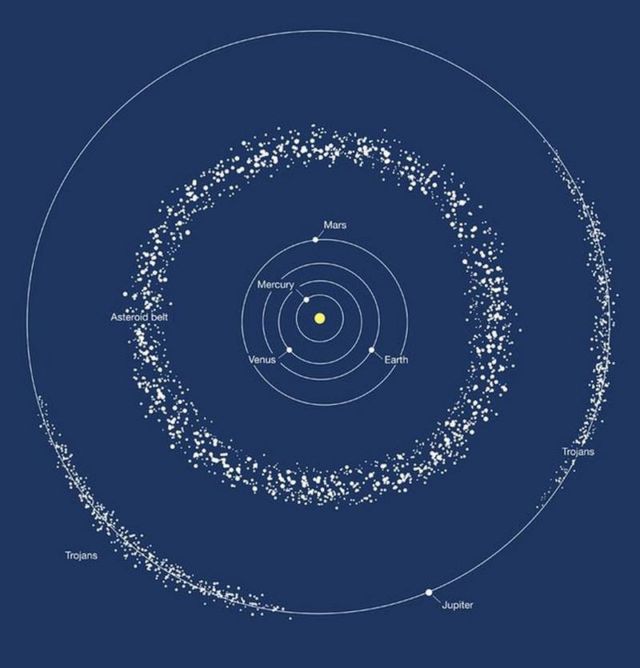