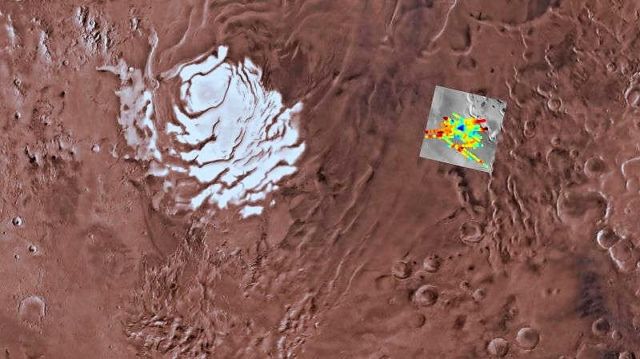 Radar evidence of subglacial liquid water at the base of the Martian southern polar cap.

Professor Roberto Orosei at the University of Bologna and his team, detected a lake of liquid water 20 kilometers (12.4 miles) wide about 1.5 kilometers (.9 miles) below the surface of Mars, at the southern ice cap in the region of Planum Australe.

“We’ve been searching for bodies of liquid water on Mars for a long time, so this is definitely exciting.”

“We can’t see the bottom of this body. It’s two or three meters deep at least.

You can find bacteria in what is seen in Antarctica, so there may be a good possibility that what we found on Mars is a good environment for the preservation of microbial life. Martian life could have survived.”