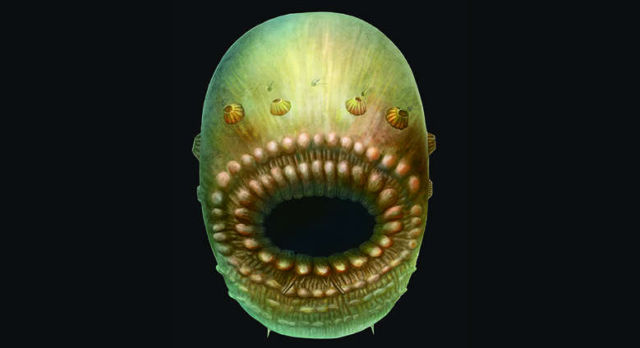 This creature that lived 540 million years ago, may be our earliest known ancestor.

This microscopic sea creature that lived 540 million years ago, was identified from microfossils in China, is the oldest deuterostome found to date.

The study was carried out by an international team of academics, including researchers from the University of Cambridge in the UK and Northwest University in Xi’an China, with support from other colleagues at institutions in China and Germany.

“To the naked eye, the fossils we studied look like tiny black grains, but under the microscope the level of detail is jaw-dropping.

All deuterostomes had a common ancestor, and we think that is what we are looking at here.

Saccus refers to bag or sack, and rhytus is from the Greek and refers to folds or wrinkles.”

Perhaps its most striking feature, however, was its rather primitive means of eating food and then dispensing with the resulting waste. Saccorhytus had a large mouth, relative to the rest of its body, and probably ate by engulfing food particles, or even other creatures.