Hyperloop One in India

Home/Posts/TECHNOLOGY/Vehicles/Hyperloop One in India
Previous Next

Hyperloop One in India 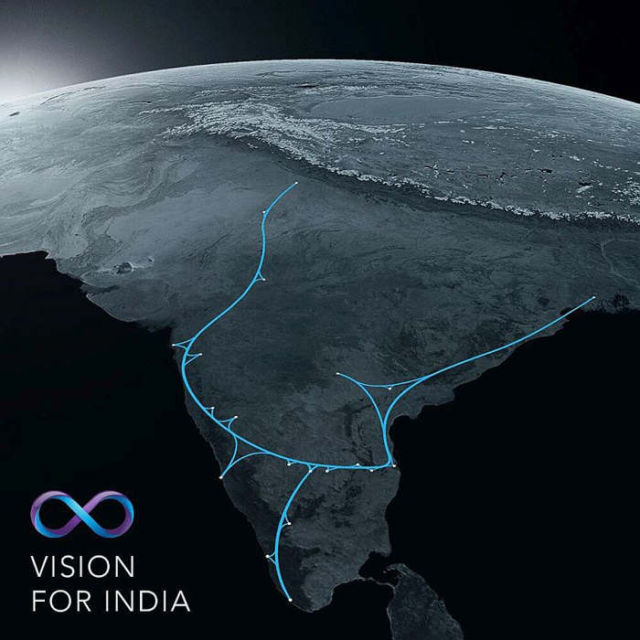 India is in talks with Hyperloop One to build a hyperloop in the country.

The country plans to spend $59 billion to update its transportation systems.

The 700 MPH Hyperloop would decrease drastically travel times in the country. A day-long trip from Delhi to Mumbai, will become 80 minutes.

Some cities in India grow by 70 residents per hour. The nation needs 21st century infrastructure.

Hyperloop India, a vibrant team made up of students from the country’s leading universities, kicked things off by making their case for connecting Mumbai to Chennai via Bangalore. The east-west link would tie together three of India’s dynamic metropolitan areas and two of its major ports, and establish a system of cities that includes Pune, Kolhapur, Hubli-Dharwad, Tumakuru, Vellore, and Sriperumbudur. Dinclix Groundworks, a trio of IT professionals hailing from Indore, proposed connecting Mumbai to Delhi, effectively merging India’s two megacities. LUX Hyperloop Network, from the state of Kerala in southwest India, offered to link the lush capital city of Thiruvananthapuram to Bangalore. Infi Alpha and AECOM India both proposed to join Bangalore to Chennai to coordinate economic and spatial development along the Chennai-Bangalore Industrial Corridor.