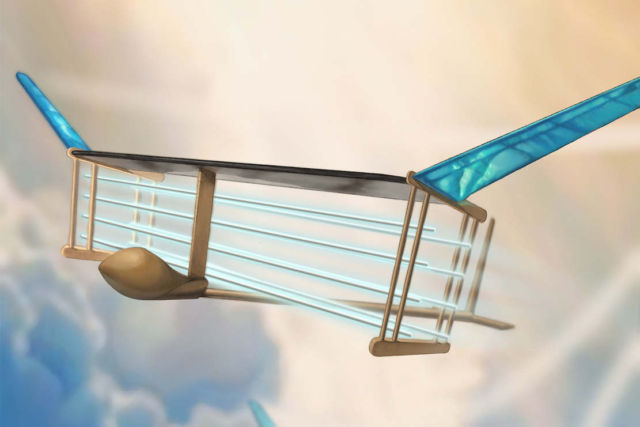 A new generation of flight.  Scientists have successfully flown a silent, lightweight ionic wind-powered aircraft, that doesn’t depend on fossil fuels or batteries.

Researchers from MIT have flown a plane without moving parts for the first time, that could power silent drones.

It is powered by an ‘ion drive’ which uses high powered electrodes to ionise and accelerate air particles, creating an ‘ionic wind’. This wind drove a 5m wide craft across a sports hall.

Unlike the ion drives which have powered space craft for decades, this new drive uses air as the accelerant.

“This is the first-ever sustained flight of a plane with no moving parts in the propulsion system. This has potentially opened new and unexplored possibilities for aircraft which are quieter, mechanically simpler, and do not emit combustion emissions.”