Japan’s Fugaku is the world’s most powerful supercomputer

Japan’s Fugaku is the world’s most powerful supercomputer 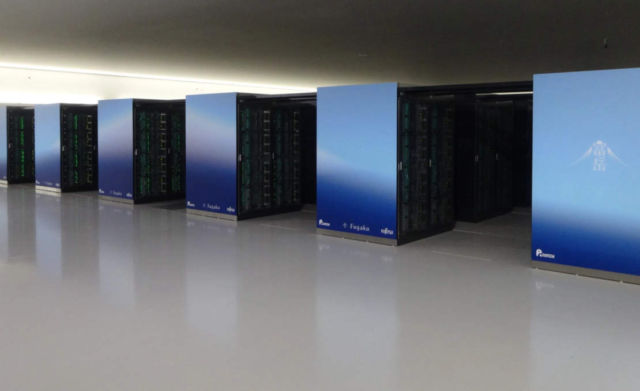 Japan’s Fugaku is the world’s most powerful supercomputer, is 2.8 times more powerful than runner-up Summit, on 148.8 petaflops.

The latest rankings 55th edition of the Top500 list of supercomputers reflect a steady growth in aggregate performance and power efficiency.

“The new top system, Fugaku, turned in a High Performance Linpack (HPL) result of 415.5 petaflops, besting the now second-place Summit system by a factor of 2.8x.  Fugaku, is powered by Fujitsu’s 48-core A64FX SoC, becoming the first number one system on the list to be powered by ARM processors. In single or further reduced precision, which are often used in machine learning and AI applications, Fugaku’s peak performance is over 1,000 petaflops (1 exaflops). The new system is installed at RIKEN Center for Computational Science (R-CCS) in Kobe, Japan.”