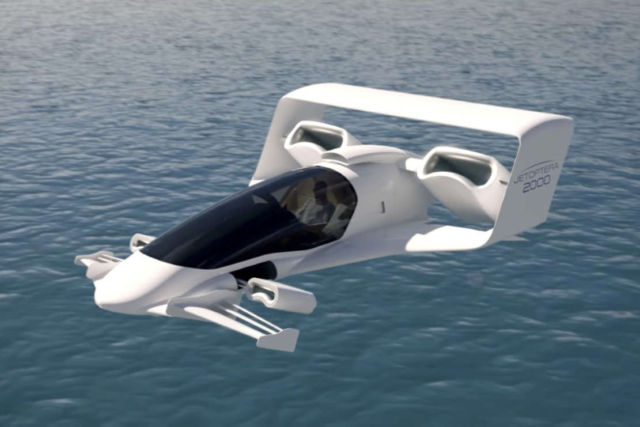 Jetoptera’s innovations are foundational and applicable in a wide variety of domains. The Fluidic Propulsive System is scalable and can be used to power a range of aircraft for both VTOL and STOL applications.

Here is our vision for the commute of the near future: sleek, compact, and faster than a race car.

Take off and land vertically and fly at 200 mph. Have the range (200 mi) to do multiple stops for an air taxi service, or simply go farther. All in a package half the size of a helicopter with no large spinning propellers. In fact, no propellers. 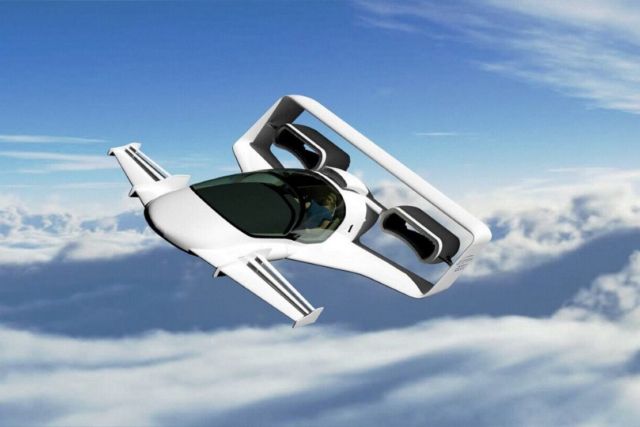 “Our fluidic propulsion is powered by a gas generator, based on efficient and well understood gas turbines. We are not relying on batteries of the potentially distant future. And yet we are completely adaptable to such batteries should they become available. But what about the noise, you ask? The velocity of our exhaust is less than 300 mph. This results in a dramatic reduction of noise compared to a turbojet or turbofan. And much less noise than a helicopter as well.”

Jetoptera licenses and sells its patented propulsion system. In conjunction with partners, Jetoptera is building unmanned and, eventually, manned aircraft.

The Fluidic Propulsive System is scalable. A source of compressed air is amplified by thrust augmentation. More than that, the resulting system is now capable of VTOL. The table below shows the resulting thrust and other specifications as we vary the compressor size, for VTOL, STOL, and conventional applications. 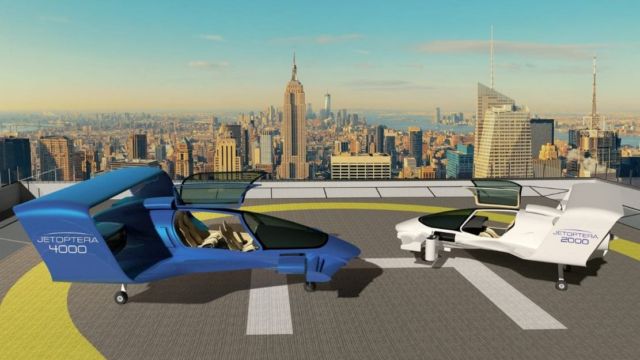 Jetoptera aircraft are named for their maximum weight at take-off. At the smallest end, the J-55 fits into the part 107 maximum of 55 lbs. In order to meet requirements for this total weight, it is powered by vectoring turbojets rather than our propulsion system. It still benefits from our novel airframe design and delivers very high speeds, it can hover and take off vertically as tail-sitter. The smallest FPS-powered aircraft is the V/STOL-capable J-220. 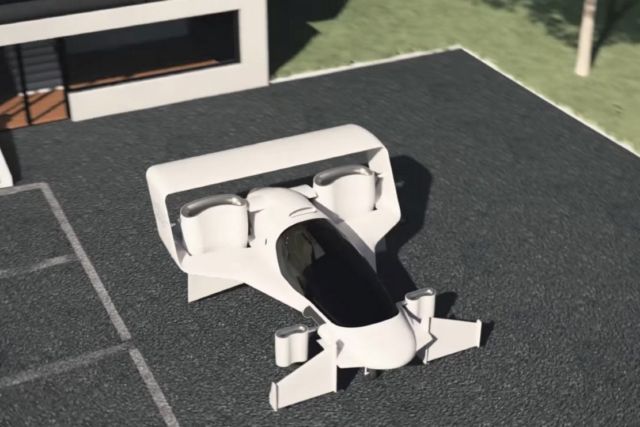 “Our technology is scalable to beyond 5,000 lbf take off thrust for VTOL while maintaining an excellent thrust to weight ratio, distributed thrust capability and simplicity of design. This enables, at the higher end, a four-seat flying car, the J-4000. The same propulsion system can be paired with thrusters embedded into the wing to power aircraft of extreme STOL performance, ranging in size from 800 to beyond 9,000 lbs.” 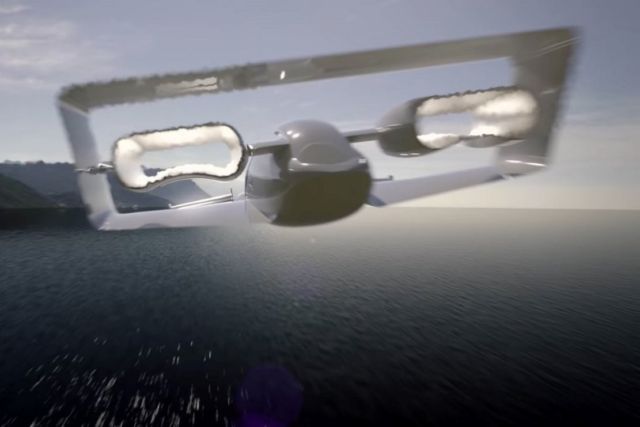