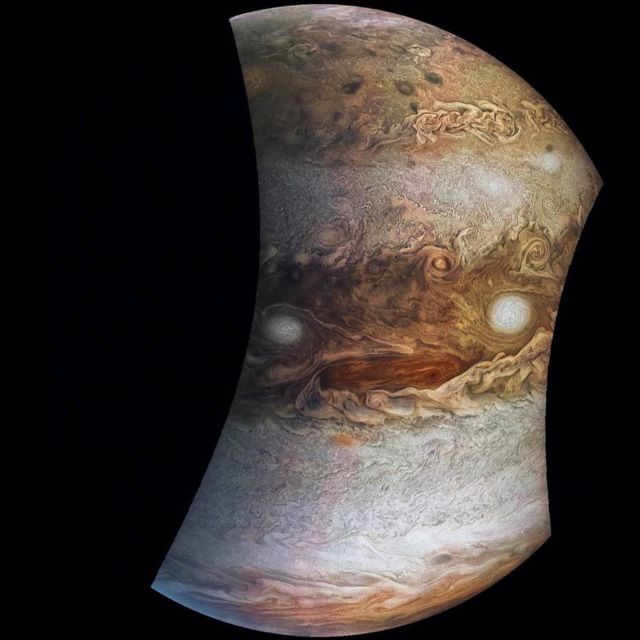 JunoCam images aren’t just for art and science – sometimes they are processed to bring a chuckle. By rotating the image 180 degrees and orienting it from south up, two white oval storms turn into eyeballs, and the “face” of Jupiter is revealed.