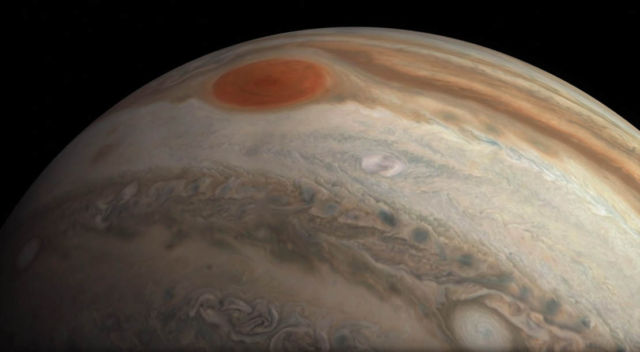 This video uses images from NASA’s Juno mission to recreate what it might have looked like to ride along with the Juno spacecraft as it performed its 27th close flyby of Jupiter on June 2, 2020.

During the closest approach of this pass, the Juno spacecraft came within approximately 2,100 miles (3,400 kilometers) of Jupiter’s cloud tops. At that point, Jupiter’s powerful gravity accelerated the spacecraft to tremendous speed – about 130,000 mph (209,000 kilometers per hour) relative to the planet.

Citizen scientist Kevin M. Gill created the video using data from the spacecraft’s JunoCam instrument. The sequence combines 41 JunoCam still images digitally projected onto a sphere, with a virtual “camera” providing views of Jupiter from different angles as the spacecraft speeds by.