Korea’s Fusion Reactor sets a new record by running for 20 seconds with an ion temperature over 100 million degrees Celsius.

Nuclear physicist Si-Woo Yoon, a director at the KSTAR Research Centre at the Korea Institute of Fusion Energy (KFE), explains:

“The technologies required for long operations of 100 million-degree plasma are the key to the realisation of fusion energy. The KSTAR’s success in maintaining the high-temperature plasma for 20 seconds will be an important turning point in the race for securing the technologies for the long high-performance plasma operation, a critical component of a commercial nuclear fusion reactor in the future.” 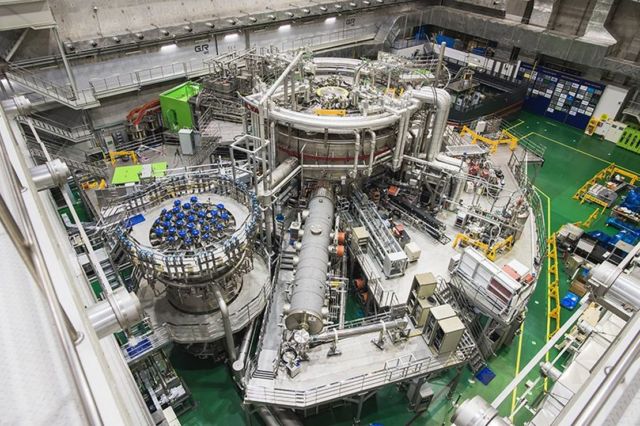 “The success of the KSTAR experiment in the long, high-temperature operation by overcoming some drawbacks of the ITB modes brings us a step closer to the development of technologies for realisation of nuclear fusion energy.”