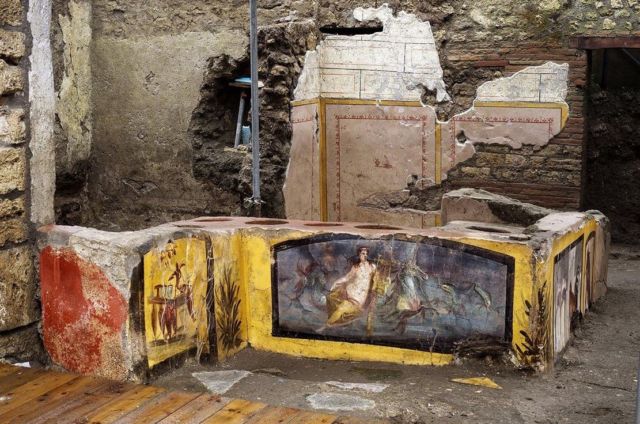 A 2000 years old Fast-Food restaurant discovered in Pompeii. The place was covered by colorful frescoes on the front which preserved untill this day.

Recent archeological research gives us new clues about the ancient Romans eating habits. The research shows us how similar we are to the people who lived thousand of years ago.

In 79 AD, Pompeii was buried in a sea of boiling lava when the volcano on nearby Mount Vesuvius erupted, killing nearly 10.000 people.

The archeologists made a funny discovery in the beautiful ancient world of Pompeii, the first ever Fast-Food snack bar. 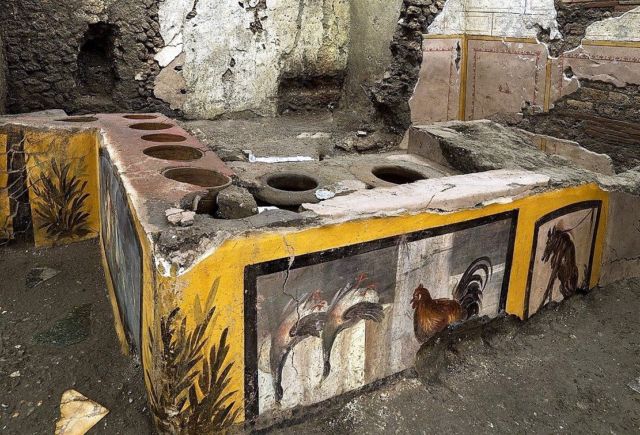 The Fast-Food bar was covered by beautiful colorful frescoes on the front of the store to attract clients attention. There are theories that the frescoes were the main menu of the store. Archeologist also found multiple bone fragments inside the earthenware pots, mostly of pigs, goats, fish and snails. The snacks were accompanied with wine and in the bottom of one jar archeologists they found crushed fava beans, that the ancient Romans used them to modify the taste of wine.