Home/Posts/SCIENCES/Astronomy/Largest ever Universe Simulation
Previous Next 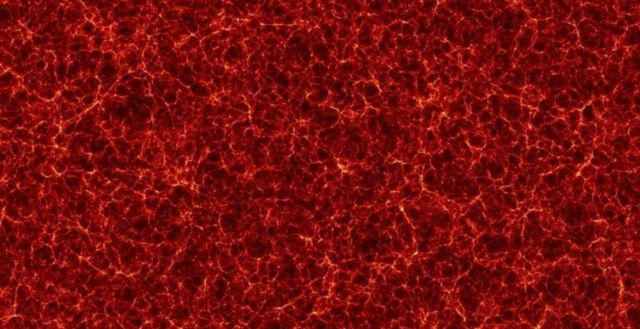 The AbacusSummit simulations will help scientists extract information about the universe from upcoming cosmological surveys.

Collectively clocking in at nearly 60 trillion particles, a newly released set of cosmological simulations is by far the biggest ever produced.

The simulation suite, dubbed AbacusSummit, will be instrumental in extracting secrets of the universe from upcoming surveys of the cosmos, its creators predict. They present AbacusSummit in several papers published October 25 in Monthly Notices of the Royal Astronomical Society.

AbacusSummit was produced by researchers at the Flatiron Institute’s Center for Computational Astrophysics (CCA) in New York City and the Center for Astrophysics | Harvard & Smithsonian.

“This suite is so big that it probably has more particles than all the other N-body simulations that have ever been run combined — though that’s a hard statement to be certain of,” says Lehman Garrison, lead author of one of the new papers and a CCA research fellow. 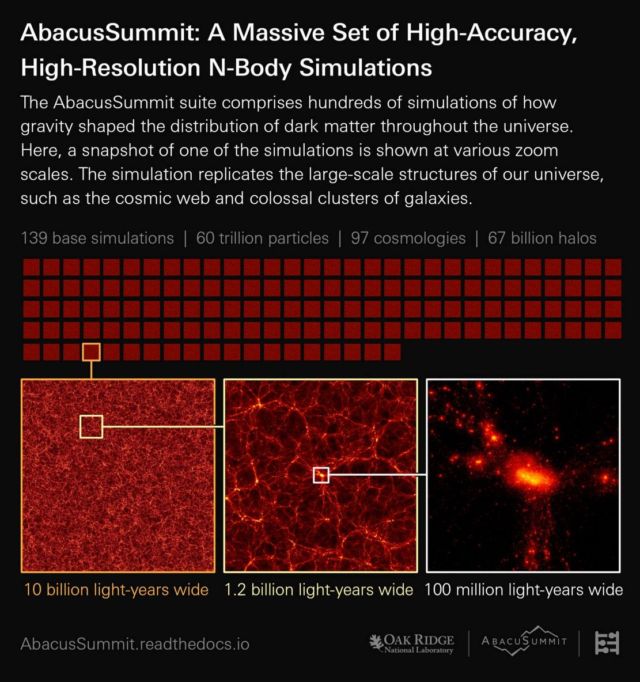 AbacusSummit will soon come in handy, as several surveys will produce maps of the cosmos with unprecedented detail in the coming years. These include the Dark Energy Spectroscopic Instrument, the Nancy Grace Roman Space Telescope and the Euclid spacecraft. One of the goals of these big-budget missions is to improve estimations of the cosmic and astrophysical parameters that determine how the universe behaves and how it looks.