Life Could Survive on our Closest Known Exoplanet

Life Could Survive on our Closest Known Exoplanet 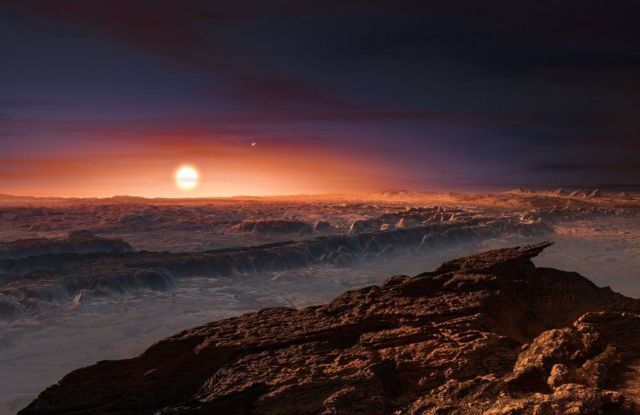 Life could exist on Proxima b on our closest known exoplanet, only four light-years away.

Above, impression of Proxima b.  Credit: NASA

Scientists present the first climate simulations of Proxima b with a dynamic ocean:

We find that an ocean-covered Proxima b could have a much broader area of surface liquid water but at much colder temperatures than previously suggested, due to ocean heat transport and/or depression of the freezing point by salinity. 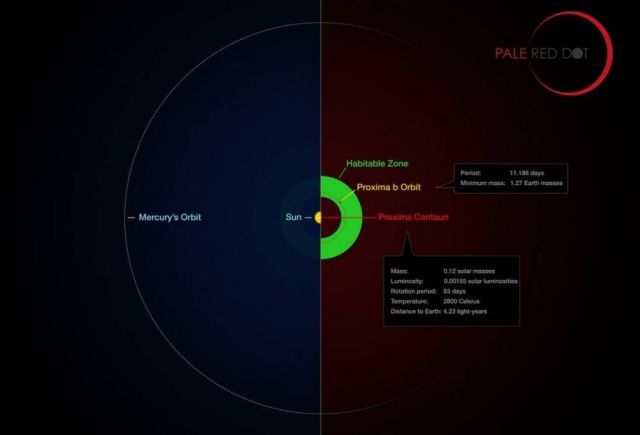 An infographic comparing the orbit of the planet around Proxima Centauri (Proxima b) with the same region of the Solar System.   Credit Pale Red Dot

“First and foremost, we don’t know whether Prox b even has an atmosphere, and if it does, whether it has any water. Without those, life as we know it cannot exist.

Second, Proxima Centauri is an M star, or ‘red dwarf.’ These stars are much smaller and cooler than our Sun, so a planet has to be very close to such a star for it to receive enough starlight to have a habitable climate. The problem with that is that M stars tend to be very active, throughout their lifetimes.

Third, in their early lives, M stars are very bright and hot, meaning that if Prox b started out habitable, it might have heated up and lost its water early on, before life had a chance to take hold.”