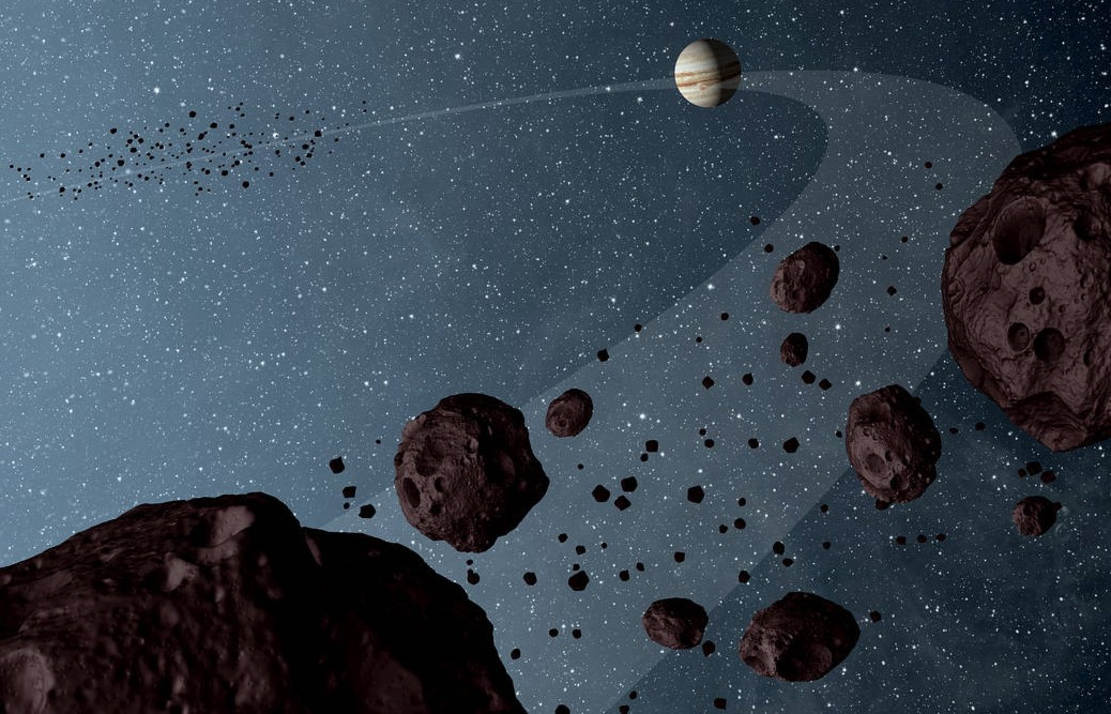 The NASA mission to study Trojan Asteroids takes its name from the fossilized human ancestor (called “Lucy” by her discoverers), whose skeleton provided unique insight into humanity’s evolution.

Likewise, the Lucy mission will revolutionize our knowledge of planetary origins and the formation of our solar system.

Slated to launch in October 2021, NASA’s Lucy mission will be the first space mission to study the Trojan asteroids, leftover building blocks of the solar system’s outer planets orbiting the Sun at the distance of Jupiter.

This artist’s impression shows Jovian Trojans, based on data from a 2012 study by NASA’s Wide-field Infrared Explorer, or WISE. The Jovian Trojans – asteroids that lap the Sun in the same orbit as Jupiter – are uniformly dark with a hint of burgundy color, and have matte surfaces that reflect little sunlight. The results are illustrated in this artist’s concept, showing both the leading and trailing packs of Trojans in orbit with Jupiter. Observations from WISE also confirmed the previous suspicion that there are more asteroids in the leading pack of Trojans (seen in the distance) than the trailing bunch. 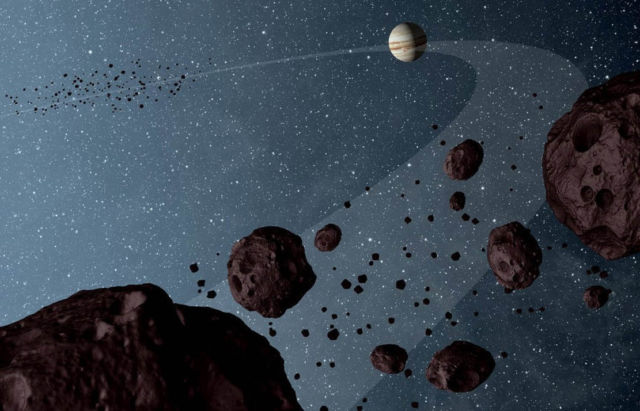