Map of the Local Void

Home/Posts/SCIENCES/Astronomy/Map of the Local Void
Previous Next

Map of the Local Void 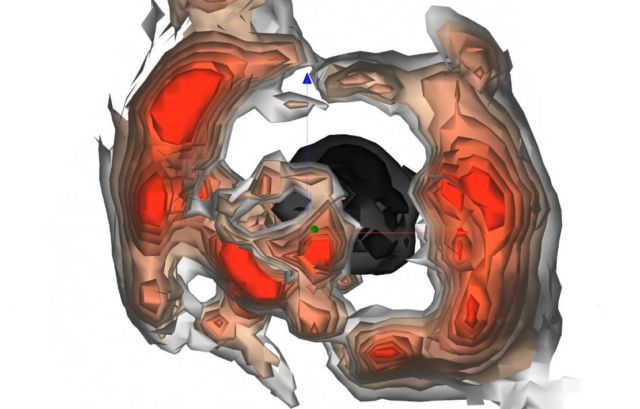 A video map of the Local Void, a large underdense region of the Universe, in our Milky Way neighborhood.

Astronomers map vast void on the outskirts of which is located our galaxy the Milky Way, and of its relation with other cosmic voids and major overdense neighbors.

This video has been produced as part of the following paper: “Cosmicflows-3: Cosmography of the Local Void” by R. Brent Tully, Daniel Pomarède, Romain Graziani, Hélène M. Courtois, Yehuda Hoffman, and Edward J. Shaya, accepted for publication by The Astrophysical Journal (2019).

An astronomer from the University of Hawaiʻi Institute for Astronomy (IfA) and an international team published a new study that reveals more of the vast cosmic structure surrounding our Milky Way galaxy.

The universe is a tapestry of galaxy congregations and vast voids. In a new study being reported in The Astrophysical Journal, Brent Tully’s team applies the same tools from an earlier study to map the size and shape of an extensive empty region they called the Local Void that borders the Milky Way galaxy. Using the observations of galaxy motions, they infer the distribution of mass responsible for that motion, and construct three-dimensional maps of our local Universe. 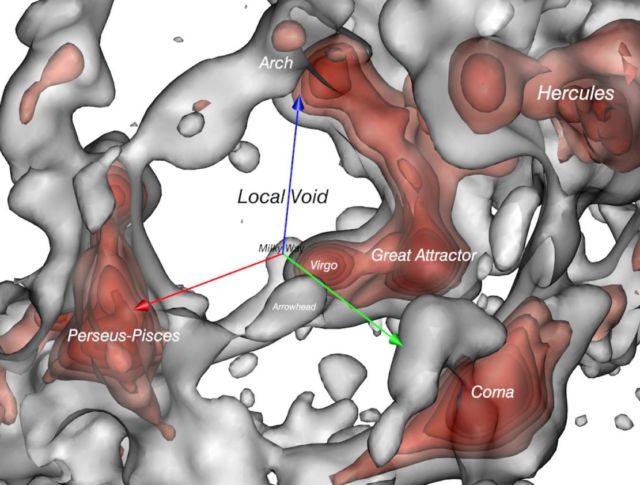 A smoothed rendition of the structure surrounding the Local Void. Our Milky Way galaxy lies at the origin of the red-green-blue orientation arrows (each 200 million lightyears in length). We are at a boundary between a large, low density void, and the high density Virgo cluster.   Credit: R. Brent Tully